Fidel Castro To Obama,” We Are Self-Sufficient, And Don’t Need Any Gifts From The Empire”. 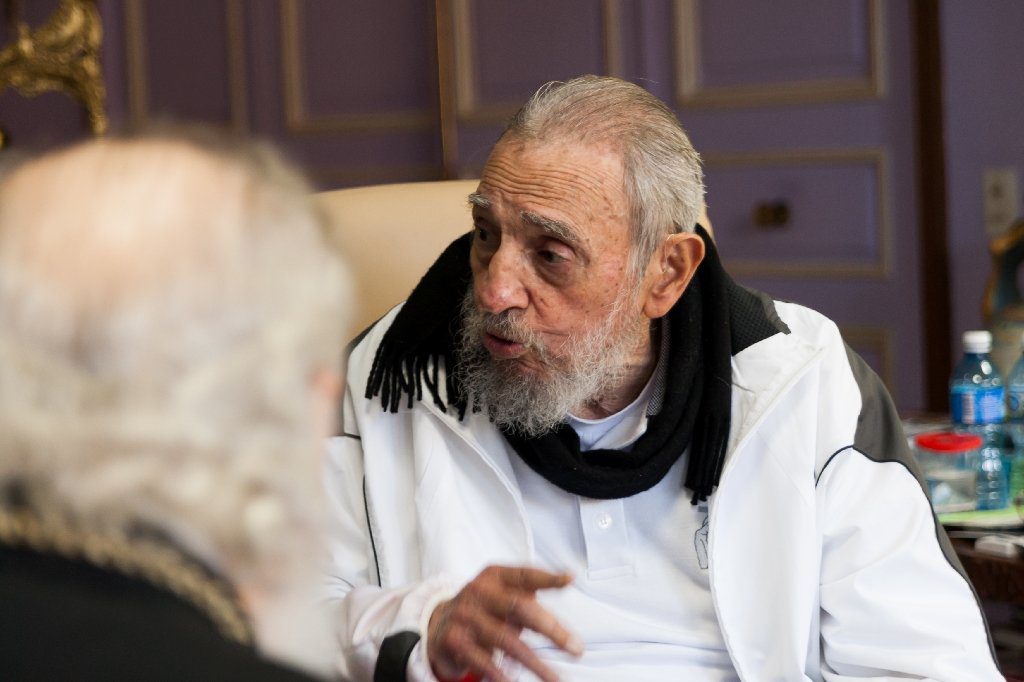 The retired revolutionary, who has reacted tepidly to Cuba’s rapprochement with the United States, scoffed at what he described as Obama’s call to forgive and forget more than half a century of Cold War enmity.

“Listening to the words of the US president could give anyone a heart attack,” Castro wrote in his first public reaction to the visit.

“My modest suggestion is that he think and not try to theorize about Cuban politics,” said the 89-year-old leader of the 1959 Cuban Revolution, who handed power to his younger brother Raul in 2006.

He made the comments in a tortuous opinion piece headlined “Brother Obama” and published in Granma, the official newspaper of Cuba’s communist party.

Obama, who met Raul but not Fidel Castro during his three-day visit last week, defied the regime’s warnings not to wade into Cuba’s internal affairs, meeting with anti-Castro dissidents and calling for democracy and greater freedoms.
“Voters should be able to choose their governments in free and democratic elections,” he said in an unprecedented speech carried live on Cuba’s tightly controlled state television.
Castro lashed out at that speech, the symbolically charged centerpiece of the first visit by a US president in 88 years.
“Obama gave a speech in which he used the most syrupy words,” he wrote, recounting the long history of acrimonious relations between Havana and Washington as he defended the accomplishments of his 47-year rule.

“Nobody has any illusion that the people of this noble and selfless country will surrender glory and rights and the spiritual wealth that has come through the development of education, science and culture,” Castro wrote.
“I would also warn that we are capable of producing the food and material wealth we need with the labor and the intelligence of our people. We don’t need any gifts from the empire.”

Obama’s visit posed an awkward public relations problem for the Castro regime, juxtaposing a charismatic, 54-year-old leader known for the political brand of “change” with the octogenarian brothers who have ruled the island since 1959.
The fact that Obama is black and the Castros are white was not lost on Cubans, many of whom also have African roots, and Castro appeared to take particular umbrage both at the US president’s relative youth and his description of both countries as New World nations “built in part by slaves.”
“He doesn’t mention that racial discrimination was erased by the Revolution, that retirement benefits and salaries for all Cubans were decreed before Mr Barack Obama was 10 years old,” he wrote.
Castro remained out of sight during Obama’s visit, which aimed to cement the thaw announced in December 2014 by the US president and Raul Castro, who has proven more reform-minded than his older brother.
Fidel Castro waited a month and a half to publicly give his blessing to the US-Cuban rapprochement, and then gave it only a lukewarm embrace.
Since announcing their landmark rapprochement, the United States and Cuba have reopened embassies in each other’s capitals and are slowly normalizing ties.

But several thorny issues remain unsettled, including the fate of the US naval base at Guantanamo Bay, which Cuba wants back, and Washington’s more than five-decade-old embargo on the island, which Obama again called on Congress to lift.

Since stepping down, Fidel Castro has spent part of his time writing reflections that occasionally appear in the communist party press.

His last public appearance was in July 2015.