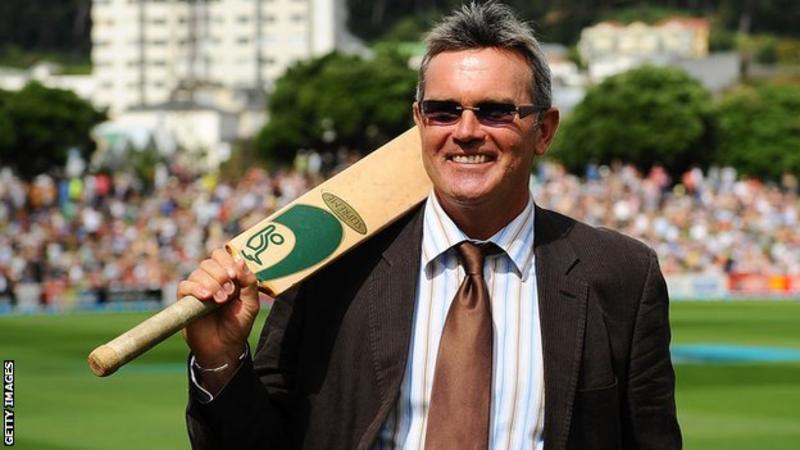 Former New Zealand captain Martin Crowe has died of cancer at the age of 53. The ex-Black Caps batsman had been suffering from lymphoma, a cancer of the immune system, for a second time.

He received the all-clear from the disease in 2012 but confirmed in September 2014 that it had returned.
Auckland-born Crowe is widely regarded as one of New Zealand’s best players, scoring 17 centuries and 5,444 runs in 77 Tests at an average of 45.36.
His family announced his death “with heavy hearts”, adding that he “passed away peacefully” on Thursday.
Crowe captained the Kiwis in 16 Test matches and his highest score was 299 against Sri Lanka in Wellington in 1991.
Named one of Wisden’s Cricketers of the Year in 1985, he was player of the tournament at the 1992 World Cup, scoring 456 runs in nine matches.
Obituary: Martin Crowe – cricket’s tortured genius

Crowe also had a spell with English county side Somerset between 1984 and 1988, and scored a total of 19,608 first-class runs in his career.
He retired in 1996 with a knee injury and went on to become a television commentator and author.
He also helped develop Cricket Max – a precursor to Twenty20.
In 2014, after being diagnosed with terminal cancer, Crowe said he could “happily live with” New Zealand’s World Cup final against Australia being potentially the last match he ever saw.
“My precarious life ahead may not afford me the luxury of many more games to watch and enjoy,” he wrote on ESPN Cricinfo. “So this is likely to be it. The last, maybe, and I can happily live with that.”
His older brother, Jeff, played 39 Tests for New Zealand between 1983 and 1990, while he was a cousin of the Hollywood actor Russell Crowe.
Source: http://www.bbc.co.uk/sport/cricket/32680286