EU Exit Would Deter Investment In The UK. 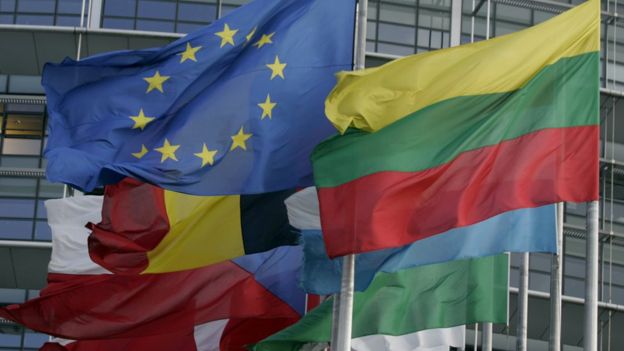 Leaving the European Union would threaten jobs and put the UK’s economy at risk, leaders of some of Britain’s biggest companies have said.

[youtube https://www.youtube.com/watch?v=zE8f8wNZID0]
Leave campaigners point out two-thirds of FTSE 100 firms, including Tesco and Sainsbury’s, did not back the letter.
A referendum on whether the UK should stay in the EU will be held on 23 June.

In a move described by No 10 as “unprecedented”, chairmen or chief executives of 36 FTSE 100 companies signed the letter, organised by Stronger in Europe and Downing Street, backing the campaign to stay in the EU, including Burberry, BAE Systems and EasyJet.
The FTSE bosses were among a total of 198 signatories from the business world, including the chief executives of Heathrow and Gatwick airports.
However, nearly two-thirds of the UK’s largest publicly listed businesses did not sign and the BBC’s economics editor Kamal Ahmed said there were some notable absentees among them, such as the bosses of Tesco, Sainsburys, RBS and Barclays.

The letter by the bosses of some of Britain’s biggest companies has been cited by Number 10 as evidence that business shares the prime minister’s concerns over the risks involved in leaving the EU.
However, two thirds of FTSE 100 companies have not signed, with Leave campaigners insisting this demonstrates that business opinion is much more divided and that small business is much more sympathetic to their case.
There had been speculation up to half of FTSE 100 companies could be poised to support the prime minister. Number 10 deny any disappointment at the number – arguing that major companies often have to follow lengthy procedures before publicly endorsing a political campaign.
Meanwhile Mr Cameron will today begin the first of a series of national tour days, with a visit to Berkshire to sell his message to voters. The move is designed to reach beyond Westminster and the emerging divisions with the Tory Party.
Number 10 this morning sought to play down warnings of potential civil war inside the party. A source said: “There’s no reason this can’t be done in a civil way.”
However, writing in the Daily Telegraph, former Tory leader William Hague warns party divisions over Europe could “open wounds that take a generation to heal”.

He also pointed out that Brexit campaigners claim smaller businesses are “much more sceptical” about the advantages of staying in the EU.
The letter said the PM had secured a commitment from the EU “to reduce the burden of regulation, deepen the single market and to sign-off crucial international trade deals”.
They wrote: “Business needs unrestricted access to the European market of 500 million people in order to continue to grow, invest and create jobs.”
“Britain will be strong, safer and better off remaining a member of the EU,” they added.
John Holland-Kaye, the chief executive of Heathrow airport, denied he had been pressurised into signing the letter, saying his company wanted to get the message across that the EU had “opened up the aviation market and reduced the cost of flying”.
“Lower costs of flying mean we can go on holiday more easily, we can go on business more easily – so whether you are going on a stag night or exporting there is a real benefit of being part of the EU,” he told the BBC News Channel.