Dr Mutulu Shakur, May Be A Free Man This Week After Serving 30 Years Of His 60-Year Prison Sentence “ 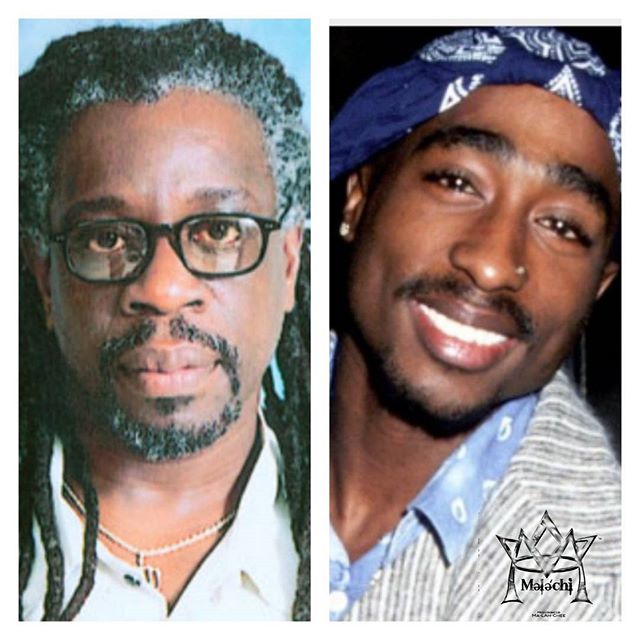 Tupac’s stepfather, Mutulu Shakur, may be a free man this week after serving 30 years of his 60-year prison sentence “for masterminding a string of deadly armed robberies in New York and Connecticut committed by a militant political group known as ‘The Family,'” theAssociated Press reports.
Shakur‘s parole hearing is scheduled for Monday, April 4.
His original release date was scheduled for February 10, yet the 65-year old remains an prisoner at the high risk U.S. penitentiary in Victorville, California.
The Baltimore, Maryland native made the FBI’s Most Wanted list after the $1.6 million caper of an armored truck at a Rockland County, New York mall was executed in 1981.
The heist resulted in the killing of a Brinks security guard and two Nyack, New York police officers.
In 1986, he was found in Los Angeles after being on the run for half a decade. He was indicted for racketeering and sentenced to 60 years in prison.
He was also charged with helping Joanne Chesimard, now known as Assata Shakur, escape from a New Jersey prison in 1979, where she was serving a life sentence for the murder of New Jersey state trooper Werner Foerster six years prior. She now lives in Cuba under political asylum.
Mutulu maintains his innocence and has been labeled as a political prisoner to some.
His lawyer argued in court during his 1987 trial that there was no proof that Mutulu was involved with the Brinks caper nor is there proof that he aided Assata in escaping prison.
A #MutuluIsWelcomeHere campaign was started in February in support and preparation of his release.
“There are enemies of our struggle who are intent on proving that Dr. Mutulu Shakur is a threat and danger to the community and society and does not deserve to be let free to come home,” the website says. “It is important that we challenge that narrative with true stories of personal experiences with Dr. Mutulu Shakur and how we have benefited from knowing him. We are asking that you take the time to describe the impact he has had on your life.”
Source: http://hiphopdx.com/news/id.38190/title.tupacs-stepfather-mutulu-shakur-up-for-parole-after-serving-30-years-in-federal-prison

0 thoughts on “Dr Mutulu Shakur, May Be A Free Man This Week After Serving 30 Years Of His 60-Year Prison Sentence “”