Donald Trump: Nominated for the Nobel Peace Prize, by a mystery patron 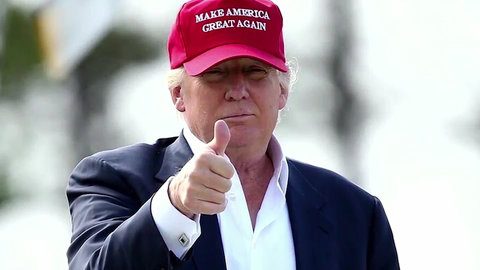 The Republican presidential candidate, who was hosting a reality TV show at this time last year, has been nominated for the 2016 Nobel Peace Prize by a mystery patron, Kristian Berg Harpviken told CNN on Wednesday, confirming an earlier AFP report.

A respected Nobel watcher and director of the Peace Research Institute of Oslo, Harpviken said he was “committed to not reveal the nominator’s name,” but shared online the language from the letter, which praised Trump for “his vigorous peace through strength ideology, used as a threat weapon of deterrence against radical Islam, ISIS, nuclear Iran and Communist China.”

During his campaign, Trump has repeatedly vowed to “bomb the s– out of ISIS” and threatened to impose a protective tariff on trade with the Chinese.

The Nobel Committee, which does not reveal the details of its decision-making process, typically offers thousands of people the opportunity to nominate notable organizations and individuals for the award, which counts among its recipients Martin Luther King Jr., the Red Cross and, in 2009, President Barack Obama.

Trump, however, is not on Harpviken’s shortlist, which is currently topped by Snowden and two top U.S. and Iranian nuclear negotiators. Others who were nominated but did not receive the prize include Mahatma Gandhi, Pope Francis, Adolf Hitler and Vladimir Putin.