Do you agree with how your MP voted on the Syria airstrikes? 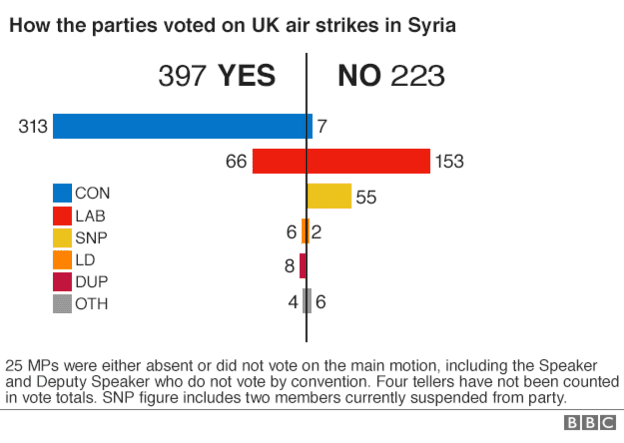 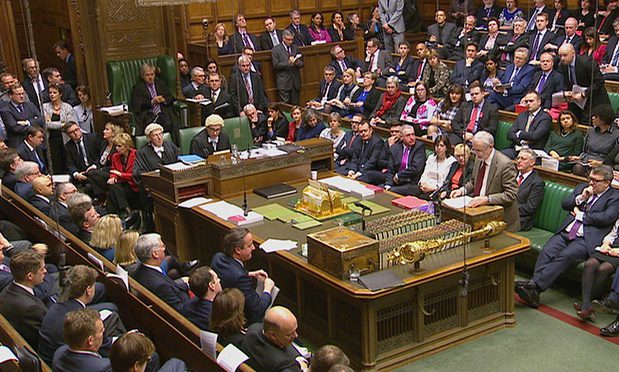 Opposition Labour Party leader, Jeremy Corbyn, stands right, as he makes a speech to lawmakers inside the House of Commons in London, during a debate on launching airstrikes against Islamic State extremists inside Syria. Photograph: AP

British MPs voted in favour of RAF bombing raids in Syria, last night. Theguardian.com is encouraging the general public to voice their opinions on yesterdays election. Do you agree with your parliamentary representative’s stance?
After a long and heated debate, David Cameron achieved a substantial majority for his plan to extend RAF bombing to targets in Syria.
Labour’s leader, Jeremy Corbyn, saw 66 members of his own parliamentary party vote in favour of airstrikes, while 7 Conservative MPs defied the whip to vote against military action.
Did your own MP take part in Wednesday’s long debate on military action? Did he or she come to a decision that you agree with? Whether you agree with your MP’s stance or are unhappy with their vote, let us know your thoughts on the decision to take part in airstrikes. Do you feel represented?
Unsure of how your MP voted? click on the link below for a list of all the MPs that voted yesterday and share your views.
Link to full Story and comments form: http://www.theguardian.com/world/2015/dec/03/syria-airstrikes-do-you-agree-with-how-your-mp-voted