Despite A Higher Percentage Of The Population Working Than Ever Before, The Annual Rate Of Growth In Earnings Is Falling Not Rising 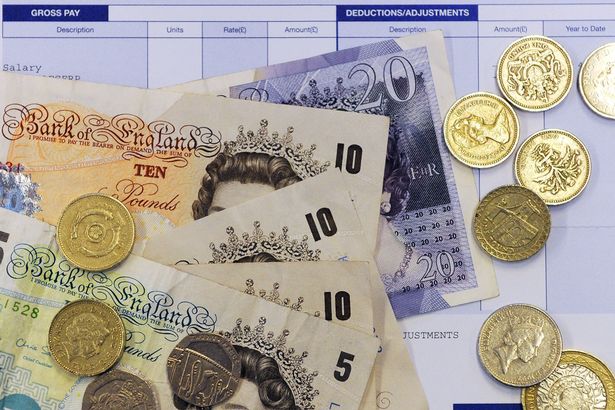 #WeGotItCovered #WeGotYourBack #BreakingNews #GuardianNews #UK #Employment #UKWageGrowthSlows  #Immigration
The last time unemployment was at its current rate of just over 5%, average earnings were growing at 4% a year: today they are growing at half that level. This cannot simply be about reforms made by Margaret Thatcher three decades ago.
Employment is at levels not seen since modern records began in the early 1970s. Hundreds of thousands of jobs are being created every year and most of them are full time. The jobless rate is half the European average. According to the Bank of England, wage settlements should be getting more generous as employers compete for a shrinking pool of workers.
So what’s going on? There is an argument that the weakness of wage growth is the story of the collapse of collective bargaining and the waning power of trade unions. This is not entirely convincing, since the influence of organised labour has been in decline since the 1980s but it has been since the Great Recession of 2008-09 that the trend in average growth has markedly slowed.

There are, though, three other possible explanations, which may be acting singly or collectively to keep earnings low. The first is that the supply of labour is increasing both as a result of population growth and immigration.
The availability of work means Britain is acting as a jobs magnet for citizens of other EU countries. Between the final quarter of 2015 and the final quarter of 2016, the number of people working in Britain rose by 532,000. Almost half that increase – 254,000 – was accounted for by non-UK nationals. There was a 215,000 increase in employment for workers from other EU countries. Employers don’t need to raise pay if they can employ young willing workers from Eastern Europe at the going rate.
The second explanation is that the jobs being created by the economy tend to be ones that don’t pay all that well: shop workers, hotel staff, cleaners. This, according to the Bank, is affecting the growth rate of earnings.
A third factor is the squeeze on public sector pay, which has occurred despite higher levels of unionisation than in the rest of the economy. The public sector accounts for 18% of total employment, but earnings in the final three months of 2015 were growing at an annual rate of 1.3%.
When compiling its average earnings figures, the Office for National Statistics does not include the self-employed. Were it to do so, pay growth would probably look even weaker since more than half the increase in employment over the latest three months was among people working for themselves. These people may have been highly paid consultants, but they are more likely to have been lowly paid drivers of delivery vans or taxis found through an online platform.
Governments of both left and right have repeatedly claimed to be creating an economy awash with challenging, highly remunerated jobs. Instead, Britain specialises in low-wage, low-skill, low-productivity jobs. That’s why earnings growth is so poor.
Source: http://www.theguardian.com/business/economics-blog/2016/feb/17/why-wages-arent-growing-in-line-with-jobs