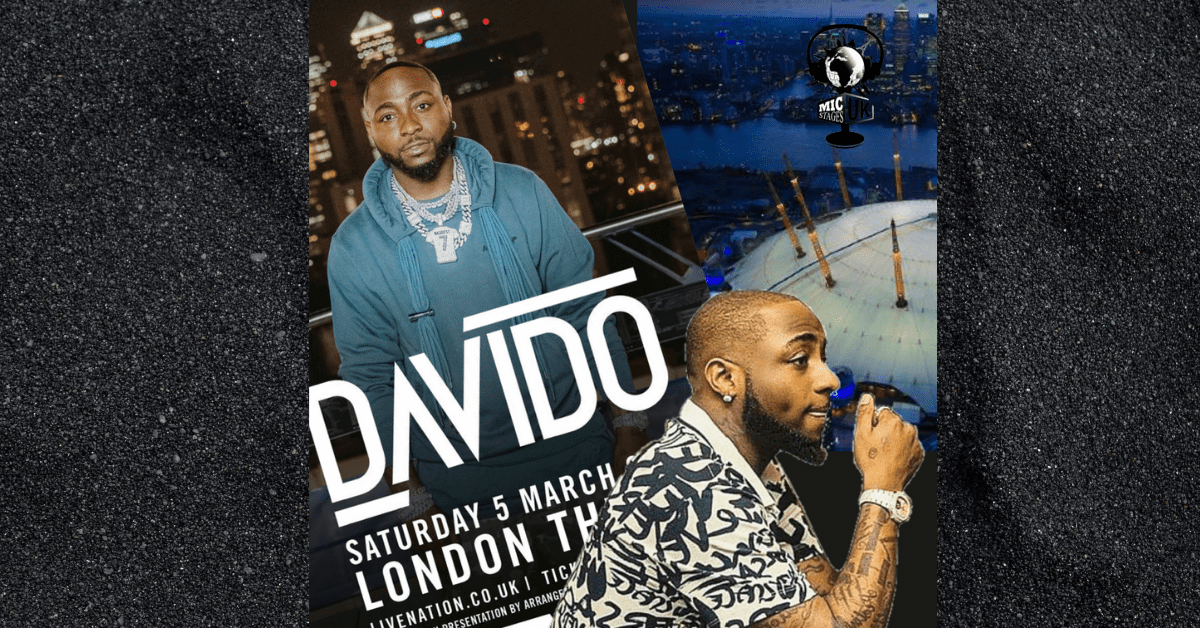 Afrobeats star Davido will be performing live in London, March 22.

The Afrobeats chart-topper will headline London’s O2 Arena, where he’ll be performing some of his best hits, including new track “Who’s True,” with Tion Wayne and Jae5.

David Adedeji Adeleke, better known by his stage name Davido, is a Nigerian-American singer, songwriter, and record producer who was born on November 21, 1992. He combines traditional African themes with current pop music from throughout the world.

After releasing “Dami Duro,” the second song from his debut studio album Omo Baba Olowo, he won the Next Rated award at The Headies in 2012. (2012).

He also had a handful of hit singles between 2013 and 2015, and in January 2016, he inked a recording contract with Sony Music.

He then launched the Davido Music Worldwide (DMW) record company, which has signed acts like Dremo, Mayorkun, Peruzzi, and Liya. Davido inked a record deal with Sony’s RCA Records in July 2016.

He released the 5-track EP Son of Mercy in October 2016, which featured the hits “Gbagbe Oshi,” “How Long,” and “Coolest Kid in Africa.”

He renegotiated his contract with Sony in April 2017 due to creative control difficulties, and he released five singles later that year, including “If” and “Fall.”

“If” sparked widespread discussion on social media, whilst “Fall” had become the longest-charting Nigerian pop single in Billboard history. Davido is known for being dubbed “the king of modern-day afrobeats.”

In November 2019, he released his second studio album, A Good Time, which was followed by tracks such as “Blow My Mind,” which featured prominent American singer Chris Brown.

In 2019, New African magazine named Davido as one of the Top 100 most influential Africans.

On Friday, November 13, 2020, he released his third studio album, A Better Time. He is the second most following African on the social media app Instagram as of August 2021.