David Cameron: “ Pub Opening Hours To Be Extended, To Mark Her Majesty The Queen’s 90th Birthday.” 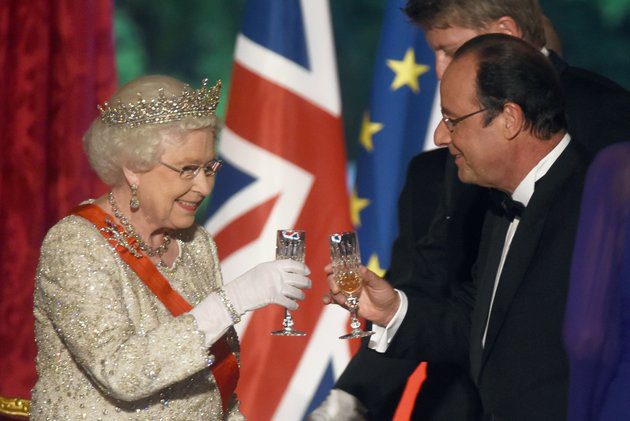 Pubs will open longer on 10 June and 11 June to mark Her Majesty the Queen’s official birthday on 2 June, when she turns 90.

The prime minister announced the news on Wednesday during Prime Minister’s Question Time.
The Queen is reported to like drinking Gin and Dubonnet, sometimes before lunch according to The Mirror.
Cameron told MPs: “We will be extending pub opening hours on the 10th and 11th of June to mark Her Majesty the Queen’s 90th birthday.”
The monarch’s actual birthday is on 21 April, but her state birthday recognises the day in a public capacity.
The Queen’s 90th birthday is set to be marked with a huge street party in The Mall in London, with a sit-down lunch for thousands of people.
But people were much more excited about the possible two-day bender promised by the extended pub hours.
Some used the hashtag #DrinkForTheQueen and speculated the pub initiative would more successful than the ‘Clean For The Queen’, campaign to “tidy up” Britain before the royal birthday.

Though others pointed out that there were other political issues on the agenda that might be more pressing:

And, proving that you can never please everyone, some other commenters were not impressed by Cameron’s offering:
Source: http://www.huffingtonpost.co.uk/entry/queen-birthday-pub-hours_uk_56f28eaae4b04aee1b6fcec2