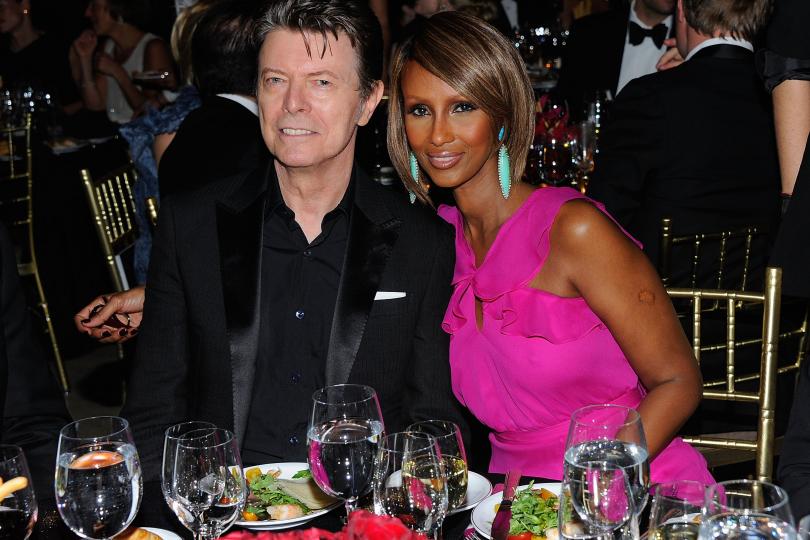 #WeGotYourBack #WeGotItCovered #BreakingNews #DavidBowie #WillPublished #ImanAbdulamajid #$50Million
Legendary singer David Bowie has left nearly half of his $100 million fortune to his wife, Iman Abdulmajid, according to his will filed Friday in Manhattan. The 20-page document, filed under his legal name David Robert Jones, also revealed the late musician’s dying wish.
According to the will, most of his estate went to his two children and his widow. Bowie left his SoHo home he shared with Iman to her in addition to the half of the fortune. His son Duncan Jones from a previous marriage received 25 percent of the estate and his daughter Alexandria also received 25 percent. Bowie left $2 million to his longtime personal assistant Corinne Schwab and also left her shares he owned in a company called Oppossum Inc. Another $1 million reportedly went to Marion Skene, his son’s former nanny.
In his will, Bowie reportedly wanted his ashes scattered on the island nation of Bali in accordance with Buddhist rituals. According to a death certificate filed with the will, Bowie’s body was cremated on Jan. 12 in New Jersey, BBC reported.
Bowie died on Jan. 10 aged 69 after battling cancer for 18 months.
“David Bowie died peacefully today surrounded by his family after a courageous 18-month battle with cancer. While many of you will share in this loss, we ask that you respect the family’s privacy during their time of grief,” his spokesman said, in a statement, at the time.
Two weeks before his death, Bowie released his new album “Blackstar,” which topped the U.S. iTunes albums chart. The album is also reportedly in the number one spot in the U.K. charts for the third week.
Bowie had been part of 10 bands — The Konrads, The Hooker Brothers, The King Bees, The Manish Boys, The Lower Third, The Buzz, The Riot Squad, The Hype, Tin Machine and Tao Jones Index. He reportedly sold around 140 million albums throughout his career.
Source: http://www.ibtimes.com/david-bowie-death-wife-iman-abdulmajid-get-half-100-million-fortune-rockstars-dying-2287115