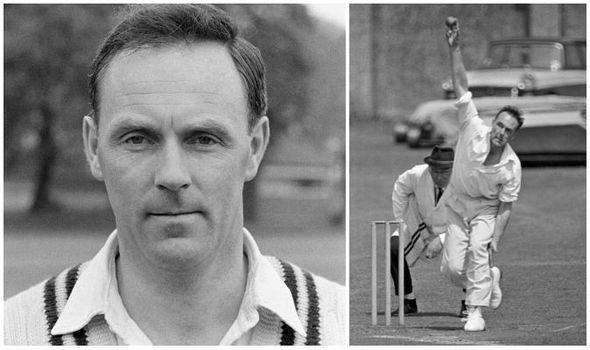 FORMER Warwickshire County Cricket bowler and BBC commentator Jack Bannister has died at the age of 85.

Warwickshire CCC described Bannister as “a true Bear and a pro” this morning as they announced the cricketing legend had passed away.
Bannister took 1,198 first-class wickets during his 18-year career which started in 1950.
When he retired from the sport in 1968 he had played 386 matches.
Warwickshire CCC tweeted: “Sad to hear of Jack Bannister’s passing. A true Bear and a pro in the comm box. Our thoughts are with his family.”
Bannister was instrumental in forming the Professional Cricketers’ Association, serving as secretary, chairman and president for 20 years.
During his time on the board, he set up a pension scheme for county players.
Source: http://www.express.co.uk/news/uk/637328/Warwickshire-County-Cricket-Club-legend-Jack-Bannister-BBC-commentator-dies-aged-85?utm_source=currently&utm_medium=browser-extension&utm_campaign=chrome&