Chris Brown’s Response To Fans Over Prices Of (Black Pyramid) BLKPYRAMID Clothing: “My Prices Are H&M And Zara Prices” 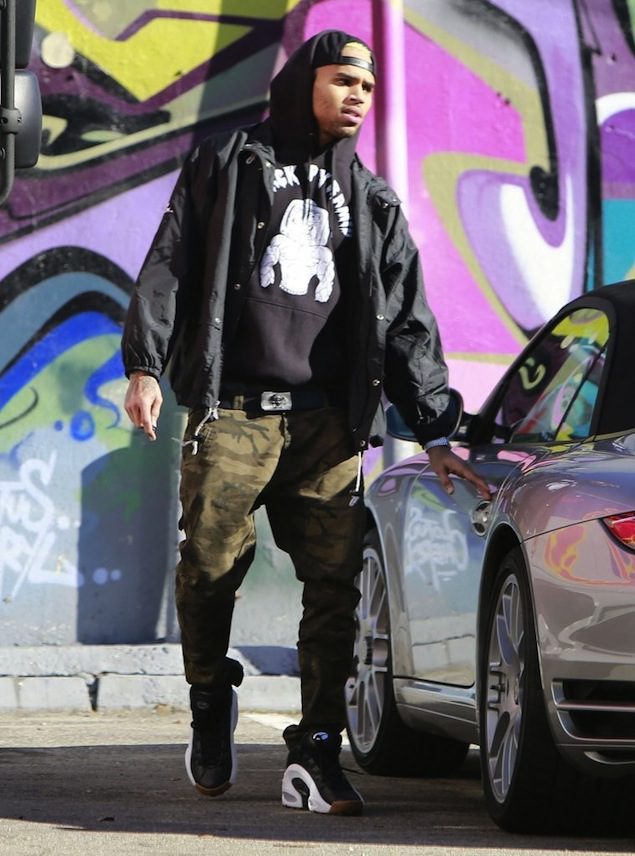 Chris Brown has dissed his fans regarding the prices of his Black Pyramid clothing line, which is also written as BLKPYRMD.

“So, some of these so-called fans are complaining about $70 shirts, $90 shirts,” Chris Brown says in a video posted on theshaderoominc’s Instagram page. “What the fuck you be talking bout when you say you buy 10 to 15 album? How much is that bitch?”

In addition to the video, the singer dissed his fans in another post.

“Cry me a fucking river,” Chris Brown commented on a photo captured by balleralert. “You bitch niggas killing over Jordan’s. waiting in line outside for YEEZYs for days. My prices are H&M AND ZARA PRICES. I’m not running for president nor did I say u had to buy anything. So LIKE I ALWAYS SAY…. TASTE THIS FART I BEEN HOLDING IN ON THIS PLANE TO PARIS. shitheads.”

For additional coverage of Chris Brown, who has dissed his fans regarding the prices of his Black Pyramid clothing line, watch the following DX Daily: