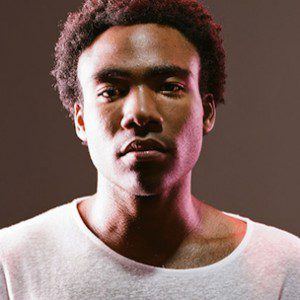 A member of Childish Gambino’s team issued a statement regarding the concert in which he was booed off stage.

According to hiphopdx.com, Childish Gambino’s team sent an e-mail inviting fans who attended the rapper-singer’s Newcastle, Australia show in which he was booed to the Listen Out Festival in Sydney, according to Entertainment Weekly.

He is scheduled to perform a full-band set at Listen Out Festival this weekend.
Childish Gambino’s Newcastle appearance was supposed to be a deejay set, information that wasn’t shared with the public, the Entertainment Weekly story says.
“Regardless of whose error in communication that was,” a source told Entertainment Weekly, “Gambino’s team takes it very seriously when fans are disappointed.”
(The original post in this thread ran October 2, 2015. It is as follows.)
Childish Gambino had a performance at the Cambridge Hotel in Newcastle, Australia this week and was booed off-stage, The Sydney Morning Herald reports.
The rapper sat on-stage for 40 minutes before performing. He started his set and while singing a song, the crowd started chanting obscenities and he left the stage. Gambino‘s deejay played “3005” and the crowd rushed the stage, hoping for the rapper’s return, which did not happen. Attendees asked for refunds for their ticket purchases.
The venue’s Facebook page posted an apology yesterday (October 1) for the show.
“To everyone who came to see Childish Gambino show last night we are as disappointed as all of you,” the statement reads. “We had the opportunity to present Childish Gambino to Newcastle in an intimate gig and we jumped at the chance as we aim to bring the best possible acts to Newcastle for music lovers. As seen last night, unfortunately we have no control over the acts performance once on stage. For those that aren’t aware, Canberra and ourselves were 2 additional Childish Gambino shows that were promoted in the exact same way as part of his current tour and we were extremely excited to be presented with this opportunity. Subsequently he didn’t deliver on what was billed and expected by everyone, including us. The Cambridge strives to deliver Newcastle the highest quality live music possible and we will continue to do so. Like you, we were equally excited to present the act and its only matched by the disappointment in the performance by the act.”
Childish Gambino was a no-show at Hot 97’s Summer Jam this year.