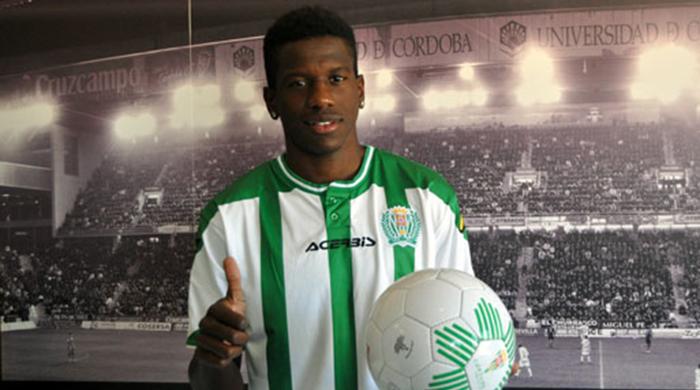 An international footballer has collapsed and died while playing for a Romanian top league club in a match broadcast live on TV.

Several players and club staff members were seen in tears after Patrick Ekeng dropped to the ground while playing for Dinamo Bucharest.
Local media said the 26-year-old from Cameroon suffered a heart attack.
Spokesman for the Floreasca Emergency Hospital, Cristian Pandrea, said doctors had tried for an hour to resuscitate the midfielder but failed.
Mr Pandrea said the cause of death was not known.
The match between Dinamo and Viitorul Constanta was 3-3 at the time midfielder Ekeng fell to the ground 69 minutes into the game.
Ekeng had played twice for his national team Cameroon, both times at the 2015 Africa Cup of Nations, and also had spells with Spanish club Cordoba CF, Swiss club Lausanne, and French club Le Mans.
The footballer had a wife and daughter.
Source: http://news.sky.com/story/1691884/cameroon-footballer-dies-on-pitch-during-match