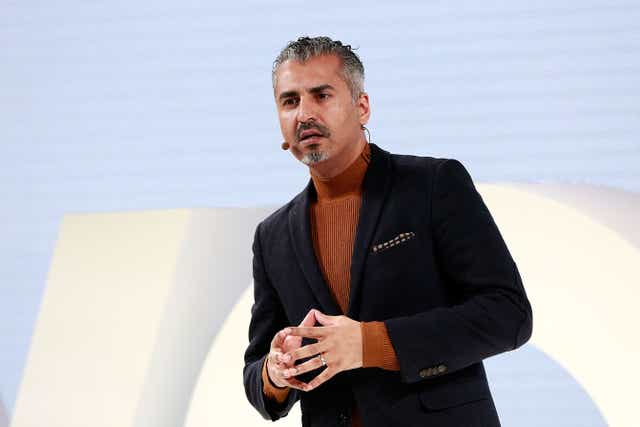 Maajid Nawaz abruptly left LBC Radio on Friday amid a backlash over tweets about Covid vaccines.

Mr Nawaz, 43, who appeared on a London radio station over the weekend, questioned the use of booster shots in the midst of the Omicron variant surge.
In a statement, the radio station said: “Maajid Nawaz’s contract with LBC is up very shortly and following discussions with him, Maajid will no longer present a show on LBC with immediate effect.

“We thank Maajid for his contribution to LBC and wish him the best.”

In response, Mr Nawaz tweeted, “I refuse to go quietly into the night.”
“I have a wife and child to support and my show was our family’s only source of income. Thank you.”

“I had been scheduled to appear tomorrow,” he added (Saturday). I did not quit. My contract is set to expire in April 2022. Take what you will from that. I’m off. Permanently.”

Last month, his colleague Iain Dale chastised him for a “dangerously irresponsible” tweet.

Referring to the booster jab, Mr Nawaz wrote online: “What we do know already, backed up by much academic research, is that MASS-VACCINATION DURING A PANDEMIC, with a jab that has not been studied for long-term side effects, could be doing more harm than good.”

“What we do know already is that it’s dangerously irresponsible to tweet this kind of deranged rubbish.

“What it is designed to do is to sow seeds of doubt in people’s minds. What is more dangerous is not to have the jabs.

“Given you’ve had them, why do you tweet this garbage?”

Mr Nawaz, who has been vaccinated but has stated that he will not receive the booster, wrote “Thuglife” in response to Mr Dale’s description of him as dangerous.

He went on to say that those who condemned him “weren’t able to respond to any of the substance or points raised.”