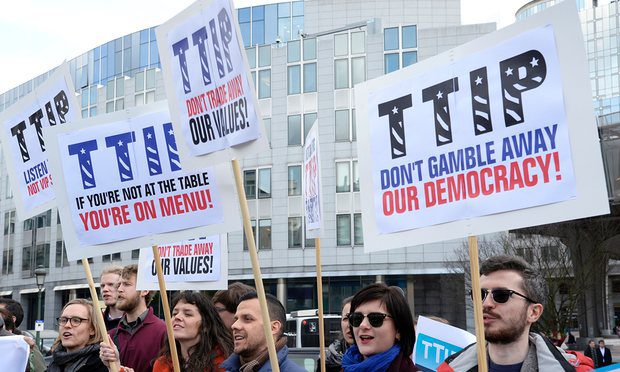 Britain’s largest trade union claims government officials were reluctant to put protections for the NHS into a controversial transatlantic trade deal because the European commission would deem it incompatible with its negotiating strategy.
Unite, which has been campaigning with others against what it regards as serious threats to the NHS from the Transatlantic Trade and Investment Partnership (TTIP) deal between Europe and the US, is now calling on Brussels to state that the UK’s health service would be exempt from the potential impact of the deal. 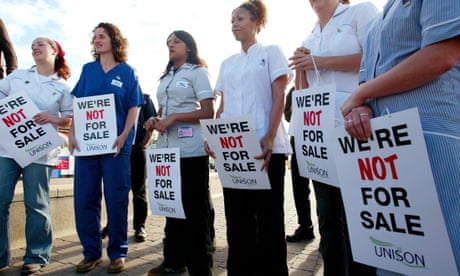 The union, and others on the left, are deeply concerned that the deal would make privatisation of elements of the NHS irreversible for future governments and allow private companies with links to NHS contracts to win higher levels of compensation through bypassing domestic courts.
Controversy over TTIP has also threatened to become a leftwing rallying point in the referendum on Britain’s membership of the EU. While the Labour leader, Jeremy Corbyn, has committed to supporting a vote for the UK to remain in the EU, he has strongly criticised TTIP, saying it risks “signing away” public services. Joseph Stiglitz, the Nobel Prize-winning economist recruited by the shadow chancellor, John McDonnell, to advise the Labour party, earlier this month went as far as saying the UK could be better off leaving the EU if TTIP was signed.
Unite has now sent Cecilia Malmström, European trade commissioner, a legal analysis detailing what it regards as potential threats to the NHS from TTIP.
The union’s assistant general secretary, Gail Cartmail, said: “Given the importance of the NHS and the fierce debate taking place in the UK over the European Union, you would expect the EU commissioner for trade to act without delay to allay our concerns over the impact of TTIP on the NHS. 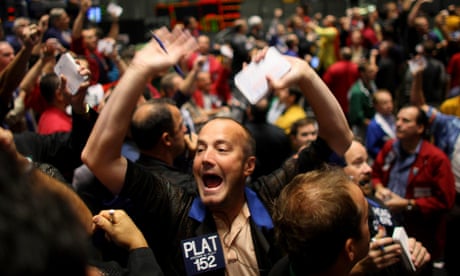 TTIP: the key to freer trade, or corporate greed?

“It is time for Cecilia Malmström to make clear that the UK government can act to exempt the NHS from TTIP without opposition from the commission. The NHS is hugely important to people in the UK; Cecilia Malmstrom must answer these important questions without delay.”
A spokeswoman for the Department for Business, Innovation and Skills confirmed that a private meeting took place with Unite last month but added that the department wouldn’t comment on its substance.
She added: “The government has always been clear that protecting the NHS is of the utmost importance for the UK and will not be compromised for gains in any other part of the TTIP deal. We believe, as does the European commission, that provisions in the current TTIP texts and previous trade deals achieve this protection.”
Malmström, who met US trade representative Michael Froman in Washington last week to review the status of TTIP talks, has claimed there have been “misconceptions” circulating about TTIP and the NHS.
In a letter last year to the UK’s then trade minister, Ian Livingston, she insisted that EU member states do not have to open public health services to competition from private providers, or outsource services to private providers. They would also be free to bring back outsourced services back into the public sector.
Source: http://www.theguardian.com/business/2016/mar/13/unite-says-government-is-reluctant-to-exempt-nhs-from-ttip