BREAKING NEWS: The Most Wanted Man In Europe, Salah Abdeslam Has Been Arrested In Brussels. 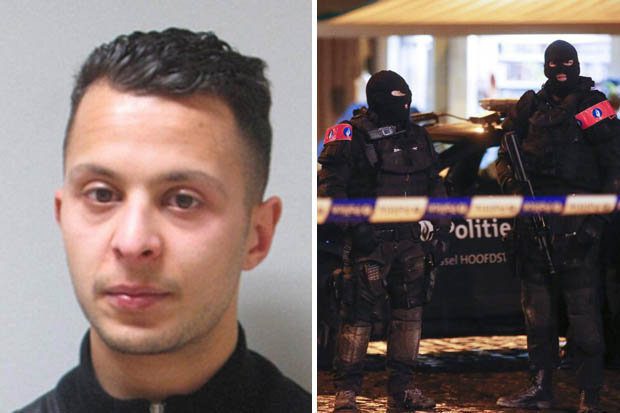 The most wanted fugitive from November’s Paris attacks has been “caught alive” after being involved in a Brussels shootout, say police.

Guns and grenades are fired as Brussels police are involved in a shootout with Europe’s most wanted man, Salah Abdeslam.

The Belgian asylum minister Theo Francken declared, “We got him”, referring to 26-year-old Salah Abdeslam, Europe’s most wanted man.
Abdeslam has been arrested, and reportedly injured, during a major police operation in the Molenbeek suburb, where at least 10 shots were heard.
White smoke was seen emerging from one of the buildings in the area, Sky’s Matt Rhodes said, reporting from  the scene.
“There is a lot of protection in the road now …They are locking off many of the sides exits and streets,” Rhodes said.

Television footage showed masked, black-clad security forces guarding a street.
Belgium’s La Libre newspaper said two people had been injured in the shootout.
Grenades were also used in the operation.
Other reports suggested at least one other suspect remained “holed up” in a building.

A police helicopter was heard overhead and many fire engines were seen near to the location, in the street.
French president Francois Hollande and Belgian PM Charles Michel left a meeting of EU leaders in Brussels on migration amid the news.
The shootout comes after Belgian authorities said that fingerprints in a Brussels apartment raided earlier this week belonged to Abdeslam.
A man shot dead in that raid is believed to have been an accomplice of Abdeslam, Belgian prosecutors said on Friday.

Sky’s foreign affairs editor Sam Kiley said that Abdeslam could prove to be “a goldmine of intelligence”.
Back in November it was reported that Abdeslam had reportedly returned to Brussels with a suicide vest.
A police source had told The Sunday Times of fears “there is a walking bomb” in the Belgian capital.
The source said Abdeslam may have become “trapped and desperate” since fleeing the bloodshed which killed 130 people.
Source: http://news.sky.com/story/1662599/paris-attacks-suspect-abdeslam-caught-alive