BREAKING NEWS: The Metropolitan Police Will Destroy Around 300 Illegal Dogs, Seized By Its Status Dog Unit This Year. 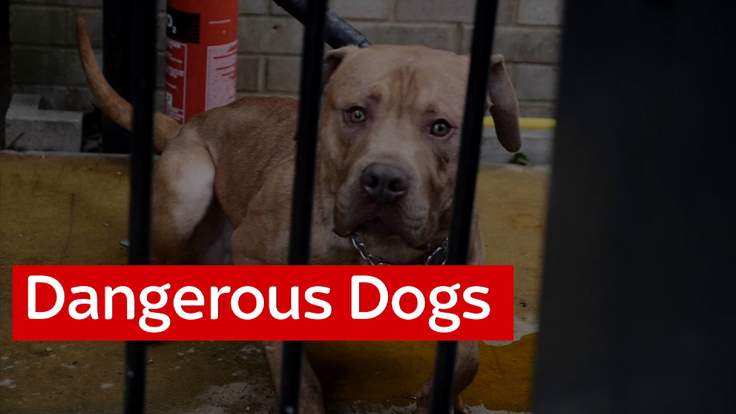 Most of the animals that have to be put down are pit bull terriers which cannot be returned to their owners as they are unsafe.

The SDU is a team of officers that deal exclusively with dangerous dogs.The SDU’s Inspector Patrick O’Hara said: “They are not necessarily all healthy dogs or safe dogs to have around people. Far from it in fact.

“What I can say is we have re-homed around 56 dogs this year and we won’t destroy a dog without some kind of a paper trail like a disclaimer, when the dogs can’t be lawfully rehomed or a court order that says it must be destroyed.

“But if a court rules that a dog is not a danger to the public and the owner is a fit and proper person then nine times out of 10 that dog goes home.”

Four breeds were banned under the Dangerous Dogs Act in 1991 following a spate of horrific attacks – the pit bull terrier, Japanese tosa, dogo Argentino and fila Brasileiro.
The controversial piece of legislation was designed to make the ownership and breeding of the four types of dog illegal.
It was hoped the breeds would die out naturally. But that has not happened.
According to an undercover investigation by The Dogs Trust charity, many are smuggled in from Eastern Europe by breeders using fake pet passports.
Inspector O’Hara told Sky News they have seen a 7% increase in seizures.
He also said his figures show the four breeds most likely to be involved in attacks are bull types including pit bull cross breeds.
These are the dogs with the strongest links to criminality, he added.
It is one reason why the Status Dogs Unit also works closely with Trident, the Met’s specialist team that deals with gang violence in London.
Pit bull terriers are popular with gangs because the penalty for illegal dog ownership is far less severe than getting caught with a gun or a knife.

That is why these dogs are also known as weapon or status dogs.
Animal campaigners want to see a change in the law.
Groups like DDA Watch say breed-specific legislation was a knee-jerk reaction to the problem.
“Killing healthy animals that have done nothing wrong is inhumane,” a spokesperson said.
“Dogs should be treated on a case-by-case basis and not have its fate sealed at birth because of its breed.”
Inspector O’Hara disagrees.
“It’s difficult to measure the effectiveness of the legislation because you can never know the preventative effect that it has had,” he said.
“But I think by and large it is fit for purpose and it could be enhanced with a few small tweaks.”
Source: http://news.sky.com/story/1676759/met-to-destroy-hundreds-of-dogs-as-attacks-rise