BREAKING NEWS: Belgium Mourns Following Bomb Attacks. A Minute’s Silence For The Victims, Will Be Held At Midday (11:00 GMT) 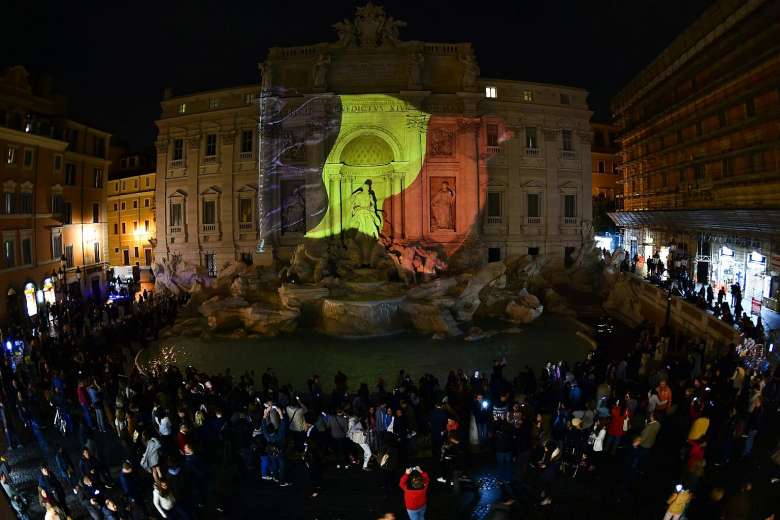 More about the attacks

Meanwhile, the US state department has urged US citizens of the “potential risks” of travelling to Europe.
A statement said terror groups were planning “near-term attacks throughout Europe, targeting sporting events, tourist sites, restaurants and transportation”.
Tuesday’s blasts came four days after the capture in Brussels of Salah Abdeslam who investigators say was involved in last November’s terror attacks in Paris.
Abdeslam is due to appear before a pre-trial court in Brussels on Wednesday.
Hundreds of people crowded into Place de la Bourse late into Tuesday night, lighting candles and placing flowers in a vigil for the victims of the attacks.
Many cities around the world illuminated their landmarks in the colours of the Belgian flag in a show of solidarity.
Raids took place in Brussels and across Belgium on Tuesday as anti-terror police sought those linked to the attacks.

They issued a wanted notice for a man seen walking with two other suspects at the airport just before the blasts at a check-in hall.
He was pushing a luggage trolley with a suitcase thought to have contained a bomb that did not explode.
The two other men are presumed to have died after detonating suicide devices. They were wearing a black glove on the left hand, possibly to hide the devices. The third man was wearing no glove.
The explosions happened in quick succession shortly after 08:00 local time (07:00 GMT) and the other bomb was found and destroyed in a controlled detonation.

A taxi driver who had reportedly driven the three suspects to the airport gave police an address in the Schaerbeek area of Brussels where another explosive device and an IS flag were among items recovered.
Police helicopters hovered over the city late into the night as the search operation continued.
About an hour after the airport blasts on Tuesday morning, another explosion struck the Maelbeek metro station near EU headquarters.
The cause of the blast has not been confirmed but IS said it too was a suicide bombing.
Police said about 20 people died on the metro train and about 14 at the airport.
Belgium has raised its terrorism alert to its highest level.
Transport across Brussels was paralysed after the explosions but some services later resumed. The airport is unlikely to reopen for several days.
Belgian Prime Minister Charles Michel said Tuesday was “a day of tragedy, a black day” and urged citizens to show “calmness and solidarity”.
World leaders have sent condolences and messages of solidarity.
US President Barack Obama called the blasts “outrageous attacks against innocent people” while the 28 EU leaders – in a joint statement – said the bombings were an “attack on our open, democratic society”.