BREAKING NEWS: BA Flight BA727 Carrying 132 Passengers Has Been Hit By A Drone On Approach To Heathrow Airport. 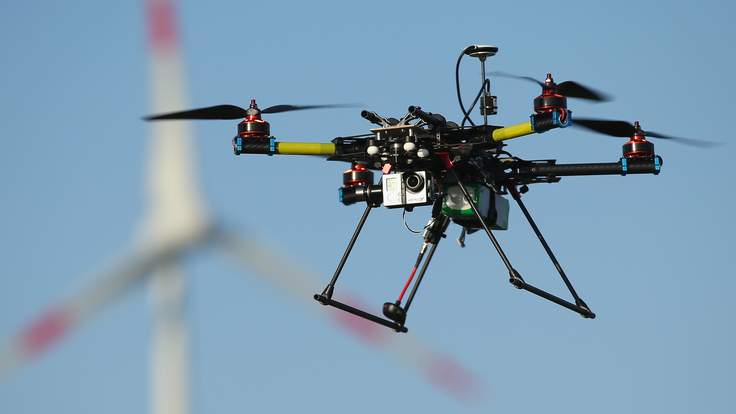 #WeGotYourBack #WeGotItCovered #BreakingNews #SkyNews #UK #London #HeathrowAirport #BritishAirways #Drone #TheCivilAviationAuthority
An investigation is under way after an object, thought to be a drone, struck the front of a passenger jet on approach to Heathrow
The pilot reported that an object had struck the Airbus A320, which took off in Geneva, as it came in to land at the London hub.
The flight – BA727 – landed safely at Heathrow Terminal 5.
No arrests have been made and inquiries are continuing.
A British Airways spokesperson said: “Our aircraft landed safely, was fully examined by our engineers and it was cleared to operate its next flight.
“Safety and security are always our first priority and we will give the police every assistance with their investigation.”
The strike is the latest in a string of incidents involving drones and aircraft in UK airspace.
Steve Landells, flight safety specialist at the British Airline Pilots Association (BALPA), said: “Frankly it was only a matter of time before we had a drone strike given the huge numbers being flown around by amateurs who don’t understand the risks and the rules.
“It appears that no serious damage was done on this occasion, but what is clear is that while most drones are flown safely, sensibly and within the limits of the law, much more education of drone users and enforcement of the rules is needed to ensure our skies remain safe from this threat.”
The Civil Aviation Authority (CAA) “drone code” says they should be kept away from planes and airports, and not be flown above 400ft.
In March, a report released by the UK Airprox Board (UKAB) found there were 23 near misses between drones and aircraft in the six months between April and October last year.
On 22 September, a Boeing 777 that had just taken off reported that a drone narrowly passed down the right hand side of the airliner.
Investigators concluded that the drone was at the same height and within 25 metres of the jet.
A report was made to police but the drone operator was not traced.
Source: http://news.sky.com/story/1680304/drone-strikes-ba-plane-at-heathrow-airport