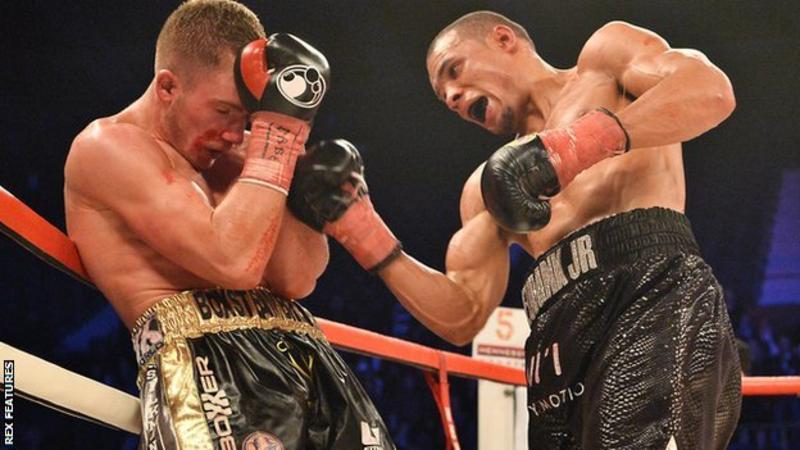 Nick Blackwell has woken from his induced coma, following his fight with Chris Eubank Jr last week. The 25-year-old was taken to hospital after the British middleweight title contest was stopped in round 10. Blackwell woke from the induced coma on Saturday and by Sunday was talking to family and friends at his bedside, said promoter Hennessy Sports.
[youtube https://www.youtube.com/watch?v=C4xNJAcTEWA]

Blackwell had suffered a bleed on the skull and not the brain as initially reported, the statement added.
Hennessy Sports said the boxer had won his “toughest fight yet”, adding: “Nick Blackwell won the hearts of over three million television viewers on 26 March with an astonishing display of all-action bravery and determination.
“In the past week, however, he has humbled millions more. He’s a fighter. He’s a warrior. He’s a true champion and gentleman.
“On behalf of Nick, his family, and very close friends, we’d like to thank everyone for their continued support and well-wishes. It has been overwhelming at times and has certainly not gone unnoticed.”

Referee Victor Loughlin stopped the fight on the advice of the ringside doctor, who said Blackwell was unable to continue because of swelling over his left eye.
It meant Eubank Jr, 26, took the British middleweight title.
After the fight, Blackwell received medical attention in the ring before being taken away while receiving oxygen.
The British Boxing Board of Control said it was satisfied with the way the fight was handled.
Respected trainer Adam Booth told BBC Radio 5 live Loughlin had “acted immaculately”, while former world champion Barry McGuigan, now a promoter, said it was an “isolated incident” and “nobody was to blame”.

Eubank Jr posted a video to social media speaking of his “relief” after hearing the news of Blackwell’s recovery. “The last thing you want is a fighter go through any serious damage,” he said.
[youtube https://www.youtube.com/watch?v=PZA0HjIBQeI]

Great news Nick Blackwell awaken from coma, Chris Eubank Jr has a message for him

McGuigan added: “So delighted that Nick Blackwell has come out of his induced coma and is speaking to his family.”
Those sentiments were echoed by fellow boxers Enzo Maccarinelli, Paul Smith Jr and Anthony Fowler.
Peter Fury, uncle and trainer of world heavyweight champion Tyson Fury and a friend of Blackwell’s promoter, Mick Hennessy, said: “Great news Nick Blackwell has made a full recovery. Mick said he’s smiling and talking, even telling jokes. In God we trust.”