Protesters in UK and Spain demand their governments not to launch air strikes against ISIL in Syria after Paris attacks.

Thousands of people demonstrated in London and Madrid against the potential participation of their countries in air strikes in Syria, as political momentum grows to broaden the fight against the Islamic State of Iraq and the Levant (ISIL) reports aljazeera.com.
At least 5,000 people gathered in central London on Saturday carrying placards reading “Don’t bomb Syria”, “Drop Cameron, not bombs”, and “Don’t add fuel to the fire.”
“[Prime Minister] David Cameron’s incoherent proposals for action in Syria will do nothing to weaken ISIL, but will instead inflame the civil war, deepen the misery of the Syrian people, and increase the terrorist risk,” said the Stop the War Coalition protest movement.
Cameron on Thursday laid out the case for British fighter jets, already bombing ISIL targets in Iraq, to join France, the US, and others in targeting ISIL strongholds in neighbouring Syria.
A parliamentary vote on bombing Syria is expected as early as this week, and many formerly reluctant politicians are thought to have changed their minds after the Paris attacks earlier this month. 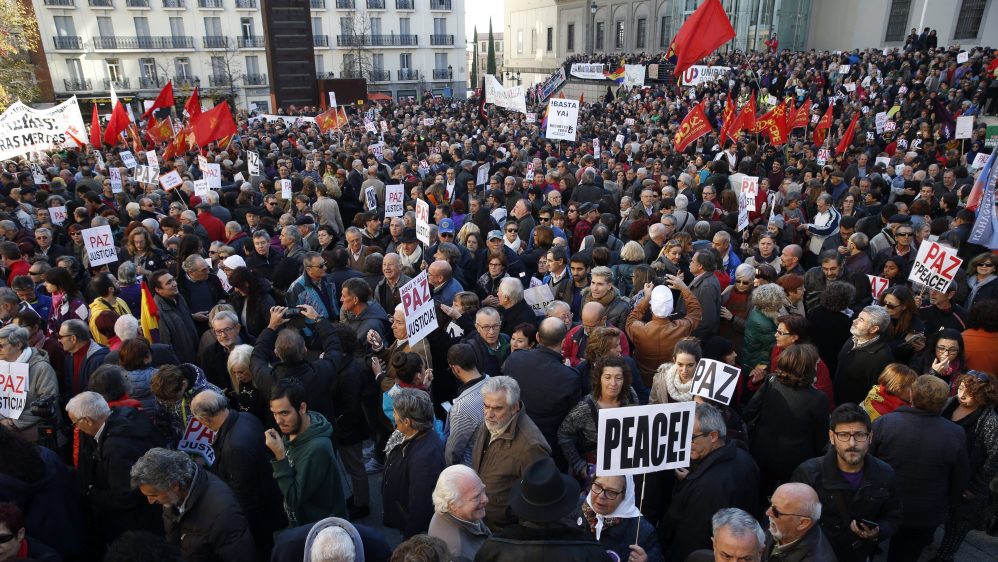 Spanish Prime Minister Mariano Rajoy, who faces a December general election, said he would hold off on any decision on action in Syria [JJ Guillen/EPA]