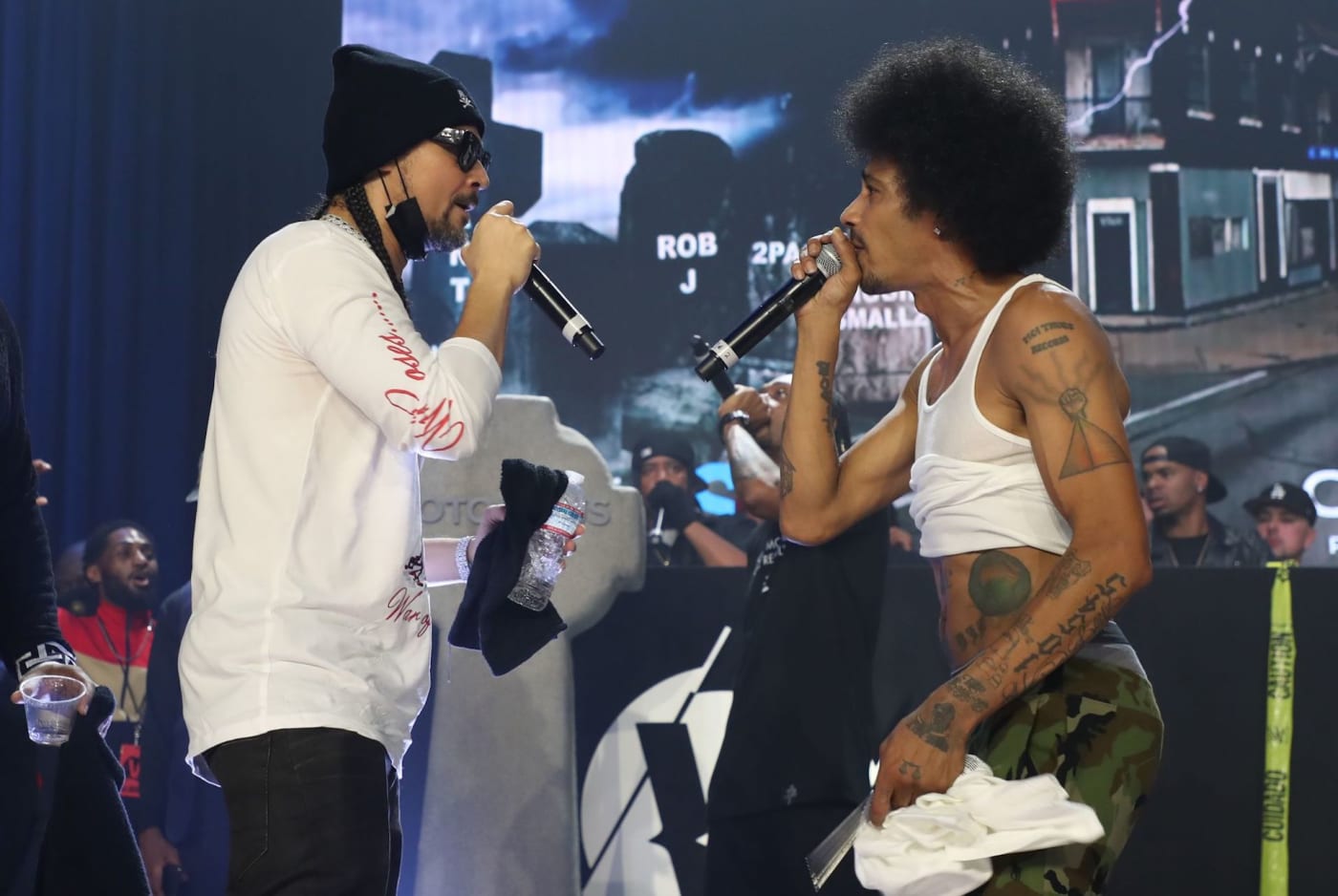 Onstage during Three 6 Mafia and Bone Thugs-N-Verzuz Harmony’s battle on Thursday night, a fight erupted. The event was taking place in front of a live audience at the Hollywood Palladium in Los Angeles.

The brawl began when Bizzy Bone called out Three 6 for “mocking” him during their performance. Bizzy threw something at the other group after some words were exchanged. From there, it was all downhill.

“Aye, yo… Aye, before we even get started, you ugly motherfuckers ain’t finna be mocking me while I’m on motherfuckin’ stage. Like straight the fuck up,” Bizzy said before things turned ugly.

According to TMZ, no authorities were called and no arrests were made as a result of the altercation.