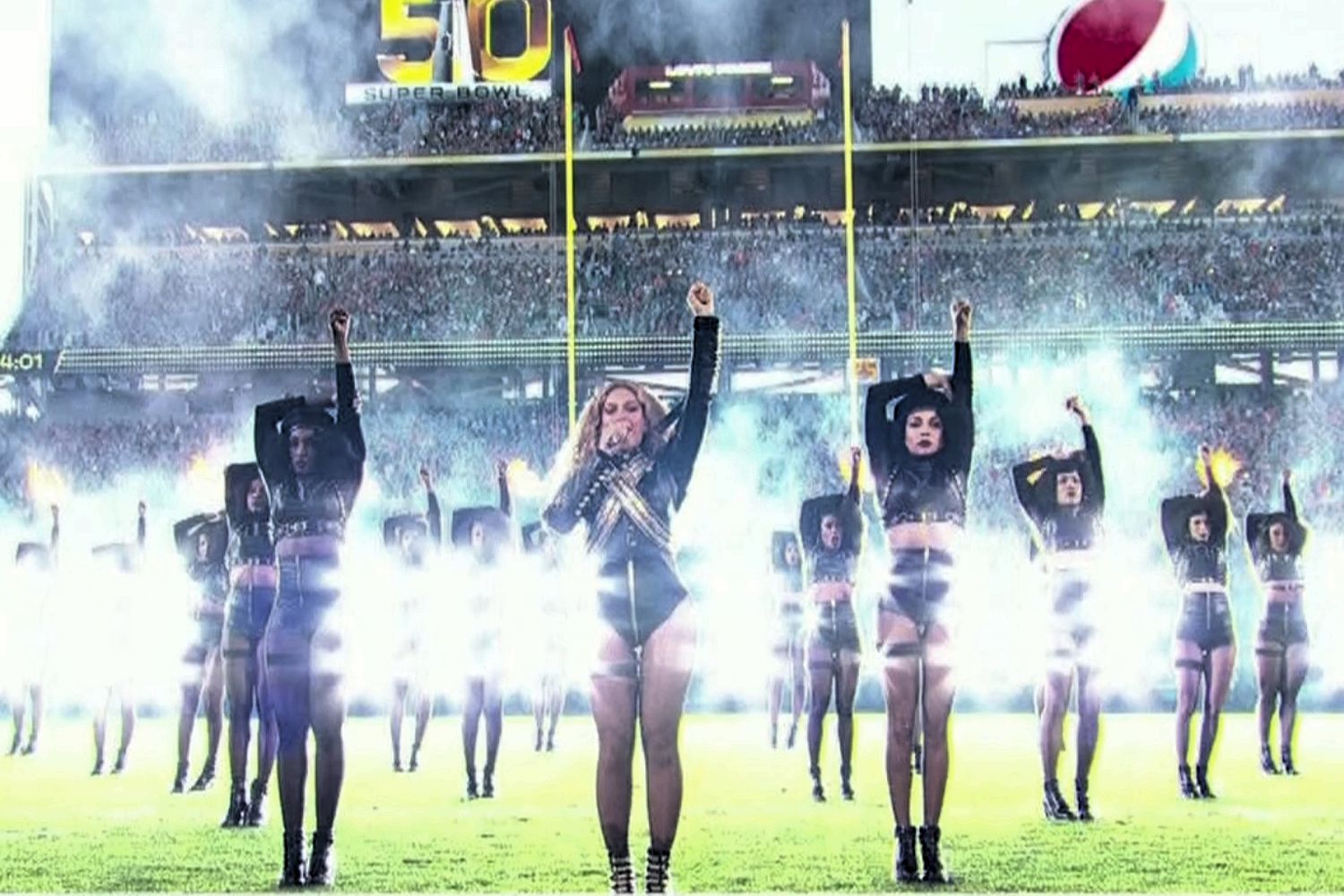 In front of a TV audience of one billion, her dancers paraded in outfits similar to controversial activists the Black Panthers. They also raised their fists in an apparent tribute.
The half-time show at the Levi’s Stadium in Santa Clara, California, was branded “ridiculous” and “anti-police” by former New York mayor Rudy Giuliani.
Members of the National Sheriffs’ Association also turned their backs as they watched on Sunday at their Washington base. A cop’s wife posted: “Rise above and stay above the strife. For a girl who grew up in a privileged, wealthy family, she has no business pandering to those who didn’t.”
But DeRay Mckesson, leader of the Black Lives Matter movement, called its “shout-outs” to Michael Jackson and activist Malcolm X “excellent”. Beyonce’s performance, during Denver Broncos’ win over the Carolina Panthers, followed an opening sequence by Coldplay — the top-billed half-time guests.
Frontman Chris Martin later joined Beyonce on stage with Bruno Mars and many ridiculed his efforts. One said: “Chris Martin is like, ‘What am I doing here?’”

BEYONCE’S backing dancers raise their fists as they are joined by the star’s mum Tina.
They had earlier demanded justice for Mario Woods, 26, shot dead by white cops in San Francisco last year.

THE half-time routine saw dancers in an X formation, an apparent tribute to activist Malcolm X.
He opposed Martin Luther King’s non-violent approach to US integration and wanted his followers to create their own nation, free of whites.

ATHLETES Tommie Smith and John Carlos used their Mexico City medal ceremony to protest against racial discrimination.
After winning 200m gold and bronze they raised black-gloved fists during the US national anthem.