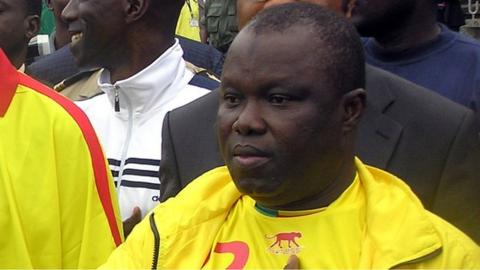 A Cotonou court found them guilty of lying about their ages, which saw them failing MRI tests in Niger.

The players were given six-month prison sentences with five months suspended.

Because the players have been held in prison since their return from Niamey in September, they do not face more time behind bars.

Moucharafou, who was president of the Benin Football Federation (FBF) until August, was also found guilty because of his administrative role that led to the failed MRI tests.

He was handed a 12-month prison sentence, including 10 months suspended. He has also served some of his time after being arrested earlier.

The national under-17 team coach Lafiou Yessoufof and two other officials received similar sentences for their roles in cheating.

The new president of the FBF, Mathurin de Chacus, declared in August when he was elected that he wanted to “put an end to corruption, improvisation and amateurism” in the country’s football.

He had filed a complaint about the overage players scandal and promised “very heavy” sanctions.