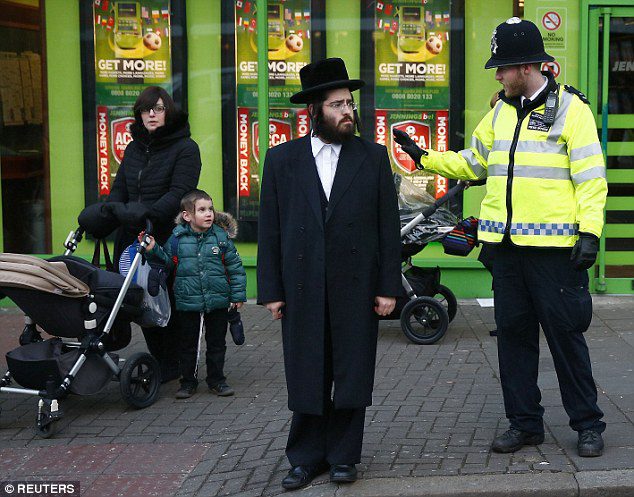 With as many as 60 per cent of victims staying silent about their ordeals, the true level of hate crime is even greater.
The scale of recorded anti-Semitic hate crime was revealed in a report by the Community Safety Trust.
David Delew, chief executive of the CST, commented: “Whilst Jewish life in this country remains overwhelmingly positive, this heightened level of anti-Semitism is deeply worrying and it appears to be getting worse.” Criminals who target Jews because of their faith were condemned by Home Secretary Amber Rudd.

“It is vital we ensure the safety and security of our Jewish community and this Government will continue to do all we can to stamp out these vile attacks and encourage those who experience them to come forward.”
Communities Secretary Sajid Javid added: “Anti-Semitism must be understood for what it is – an attack on the identity of people who live, contribute and are valued in our society. “Hatred and bigotry must not be allowed to grow without challenge. That’s why it’s so important that we all tackle the attitudes that fuel prejudice and speak out.
“We can never be complacent and must ensure that Britain remains a safe place for Jewish people.”
Labour Party deputy leader Tom Watson said: “The findings of this report are extremely distressing.
“I don’t want to live in a country where any member of the Jewish community feels unsafe, afraid or discriminated against and it is shocking that the number of anti-Semitic incidents is on the rise in the UK.”

The most common type of hate crime recorded by the CST was verbal abuse of visibly Jewish people in public.
One of several incidents highlighted by the CST involved six girls wearing Jewish school uniform on a bus in January.
Read on: http://www.express.co.uk/news/uk/761817/Hate-crimes-against-Jews-Britain-soared-last-year-shock-report-anti-semitism