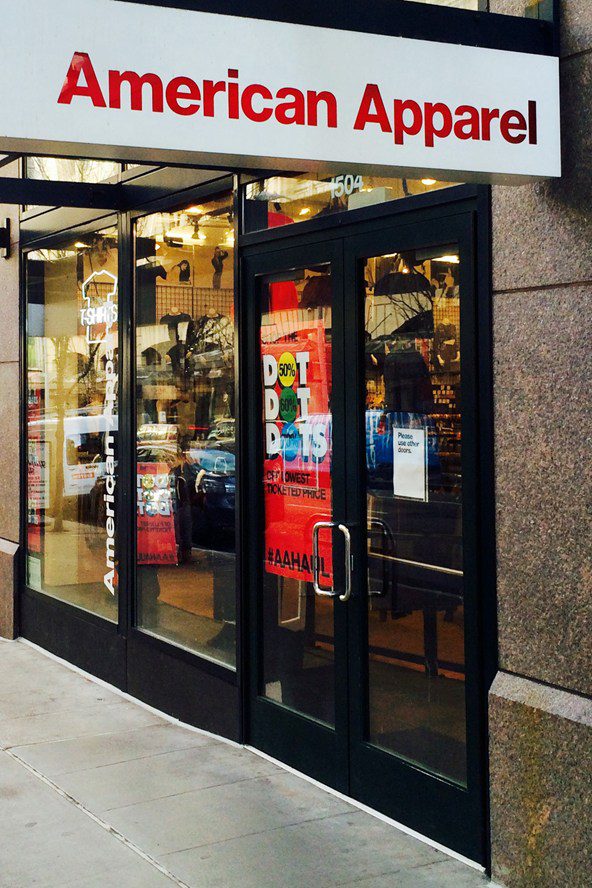 Vogue.co.uk reported has just reported that American Apparel has filed for Bankruptcy, after years of struggling to manage its mounting debts. This comes following the ongoing conflict with former CEO Dov Charney, who was fired by the firm last December. Current CEO Paula Schneider is optimistic about the company’s future, as the decision to file for Chapter 11 Bankruptcy has aided in reducing the company’s debt from $300 Million to $150 Million.  Despite his efforts, his strategic changes as well as new operational processes have been publicly criticised by supporters of Charney who are requesting for Charney be reinstated as the CEO of American Apparel. Read the full story….
What Is Chapter 11 Bankruptcy?
According to uscourts.gov a Chapter 11 Bankruptcy applies to organisations, usually involving a corporation or partnership. A chapter 11 debtor usually proposes a plan of reorganisation to keep its business alive and pay creditors over time. People in business or individuals can also seek relief in chapter 11.


AFTER a tumultuous year and a half,American Apparel has filed for bankruptcy, it was revealed last night. Ongoing conflict with former CEO Dov Charney – who was fired by the firm last December – has kept the ailing retailer in the headlines as it has struggled to manage its mounting debts. By filing for Chapter 11 bankruptcy, the company is said to have slashed the debt from $300 million to $135 million, a move that it hopes will enable it to start rebuilding the brand.
“This restructuring will enable American Apparel to become a stronger, more vibrant company,” said CEO Paula Schneider, reports WWD. “By improving our financial footing, we will be able to refocus our business efforts on the execution of our turnaround strategy as we look to create new and relevant products, launch new design and merchandising initiatives, invest in new stores, grow our e-commerce business and create captivating new marketing campaigns that will help drive our business forward.”

Schneider, who was appointed in the wake of Charney’s exit, has implemented a number of strategic changes as well as new operational processes that have been publicly criticised by supporters of Charney who have held a number of rallies calling for the controversial former CEO to be reinstated. All eyes will be on the company moving forward to see if its new tactic wil reverse its fortunes.
Source: Vogue.co.uk
Link To Article: http://www.vogue.co.uk/news/2015/10/05/american-apparel-files-for-bankruptcy