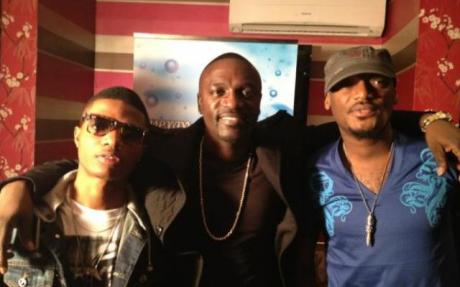 Senegalese-American award winning singer and music producer, Akon has signed three of Nigeria’s top musicians, Tuface Idibia, Wizkid, and P-Square to his atlanta based Konvict record label.
He announced the news over the weekend at the unveiling of Citron energy drink in Lagos at footballer Jay Jay Okocha‘s club Number 10.
He tweeted; “In Nigeria with my brothers about to take over Africa@2faceidibia and @ wizkidayo bigup to P-Square.”
Banky W, the CEO of E.M.E also shared the good news to his fans in a tweet to them on his Twitter page: “But!!!!! Last night was kinda epic. Bigups to the EMEazzyyy + Konvict Music runz. Shoutout to everyone that saw the evidence 🙂 ’. 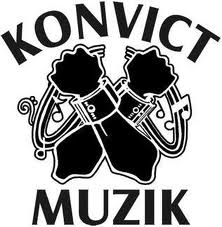 They join international artistes; Brick and Lace, T-Pain and Lady Gaga in the Konvict Muzik family.
If you recall, in September , Vanguard had reported that Wiz kid could be in serious talks with the Lonely crooner to do a remix of his (Wiz kid) Don’t dull single.
This reporter had learnt then from a source that Wiz Kid had been performing Don’t dull at an event in  the UK where incidentally, the Konvict boss was also billed to perform.
Akon,was said to have immediately fallen in love with the song.
After the performance, Akon had promptly walked up to WizKid to announce that he would love to do a collaboration with him and that was how the deal was struck.
The remix has since hit the airwaves and got a massive reception.
2face and P square, also inked the deal following a very successful album launch this year that saw their respective music careers burn more intensely.
The news of the signing is the second of it’s kind following the deal struck between Kanye West’s GOOD Music and D’banj of the Mo’hits record in August  in the  year.