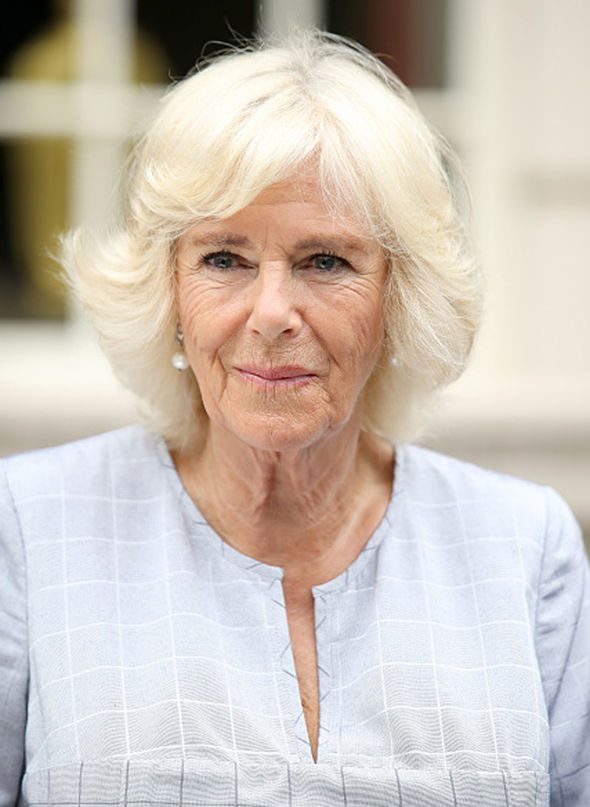 Recent poll fund 67 percent of not support the Duchess of Cornwall taking the title when Charles becomes King, with just 19 percent believing she is fit for the role
In a sign of the heir to the throne’s fragile popularity, more than a quarter, 27 per cent, said they thought less of Charles following the recent documentary about his ex-wife. Just eight per cent thought more of him.
The poor rating comes despite Clarence House’s efforts to rehabilitate the couple in the eyes of the public since they wed in 2005.Princes William and Harry proved far more popular in the survey, with Harry’s American actress girlfriend Meghan Markle regarded by most as a breath of fresh air for the monarchy.Almost half of respondents thought more of the brothers for speaking out about their mother, showing that open-hearted Diana’s legacy lives on through her sons.Tellingly, Camilla proved least popular with 35 to 44-year-olds – the generation who grew up with the Princess in the 1980s and came of age around the time she was killed in a Paris car crash on August 31, 1997.

Three out of four people living in Wales – the title most closely associated with Diana, as the last Princess of Wales – oppose Camilla becoming Queen.
Last week a controversial Channel 4 documentary broadcast video footage of Diana from beyond the grave, laying bare the heartbreaking extent of Charles’s infidelity with Camilla.Filmed between 1992 and 1993 when she was 31 and had just separated from Charles, the Princess revealed how the adultery contributed to her bulimia because she did not feel she was good enough for the Royal Family.The Sunday Express survey, carried out by Norstat last week, asked 2,018 UK-based adults aged 18 to over 65 a series of questions about the state of the monarchy.Charles and Camilla proved more unpopular with women than men, with 17 per cent believing she should be Queen compared with 20 per cent of men.
Asked if they thought more or less of Charles following the recent revelations, 29 per cent of women said less, compared with 25 per cent of men.
Only eight per cent of adults thought more of him, with 64 per cent saying it made no difference.

Conversely, 48 per cent thought more of William and Harry for speaking out about their mother, despite reports that their “soul baring” had raised eyebrows behind Palace gates.In recent months, the Princes have spoken openly about how they have struggled to cope with their grief over their mother’s death when they were 15 and 12.Both contributed to an ITV documentary last month in which they revealed the intimate details of their last telephone conversation with their beloved “Mummy”.The documentary made no mention whatsoever of their father.
Just seven per cent of those questioned thought less of the brothers for sharing their emotions.
Younger people aged 18 to 24 were most supportive, with 58 per cent backing the outpouring of grief.
Fifty-four per cent of women thought they were better off for speaking out, compared with 41 per cent of men. A documentary about Diana laid bare the heartbreaking extent of Charles’s infidelity with Camilla. Asked whether they thought Suits star Meghan, who has been dating Harry for a year, would be a positive addition to the Royal Family, 33 per cent said yes, while 17 per cent said no.Fifty per cent did not know.

The mixed-race divorcee proved more popular with men than women, with 35 per cent of males believing her to be a blessing for the monarchy compared with 32 per cent of females.Forty-five per cent of 18 to 24 year olds saw her as a breath of fresh air, compared with 26 per cent of 55 to 64 year olds.She was most liked in Northern Ireland, where 44 per cent of the population approved of her marrying into the House of Windsor, closely followed by Wales at 40 per cent and London at 37 per cent.
Scotland was most ambivalent, with just 22 per cent supporting her as a future royal.
While Meghan proved popular in Belfast and surrounding areas, Northern Ireland residents were most vehemently opposed to the idea of “Queen Camilla” with 74 per cent against her taking the title, compared with 71 per cent in Wales and the North West.
Londoners were the most supportive on 25 per cent, despite Kensington Palace being synonymous with Princess Diana.