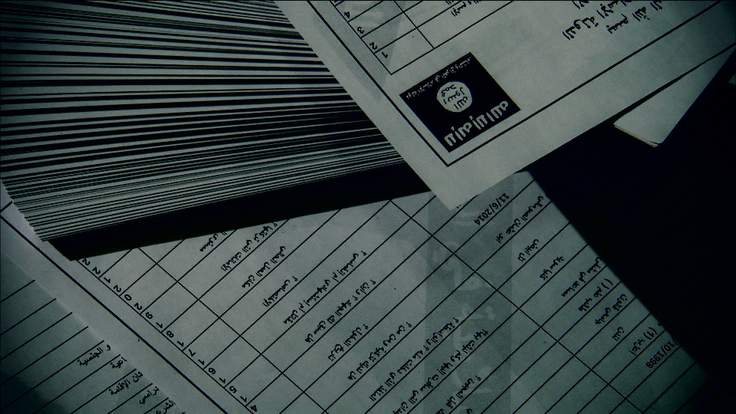 The sheer scale of the Islamic State documents uncovered by Sky News is extraordinary. But even more valuable is their detail.Each of the approximately 22,000 documents has detailed information in 23 different categories.

Most interesting will be the entries for the ‘countries travelled through’, ‘previous fighting experience’, ‘who recommended him’ and ‘special skills’.

Speaking about the discovery of the files, former global terrorism operations director at MI6 Richard Barrett told Sky News: “It’s a fantastic coup.
“And it will be an absolute goldmine of information of enormous significance and interest to very many people, particularly the security and intelligence services.”
He added: “There hasn’t been anything at all like this since the discovery of the Sinjar records in 2007 and that only covered about 700 people (IS fighters entering Iraq), all of whom were from Arab countries.”
Afzal Ashraf, a counter-terrorism expert at the Royal United Services Institute, told Sky News: “They’re probably the most significant intelligence we’ve had to date of Da’esh (IS).
“It will give them an indication of not just who they are, where they come from, but will be able to potentially to lead them to the individuals who radicalised these individuals as well as facilitated their departure.”

But there is a huge amount of information here – around 500,000 individual data points.
That could overwhelm human analysts – which is where machines come in. The intelligence agencies will set their computers loose on the data.

By mapping individuals and places, and establishing the links between them, big data analysis may uncover leads that would elude humans. And some of the other categories on the forms ‘levels of obedience’ and ‘time and place of death’ will be useful for a different reason: the counter-Islamic State narrative.