10 FAMOUS MUSICIANS WHO WERE KILLED OR MURDERED IN THEIR PRIME 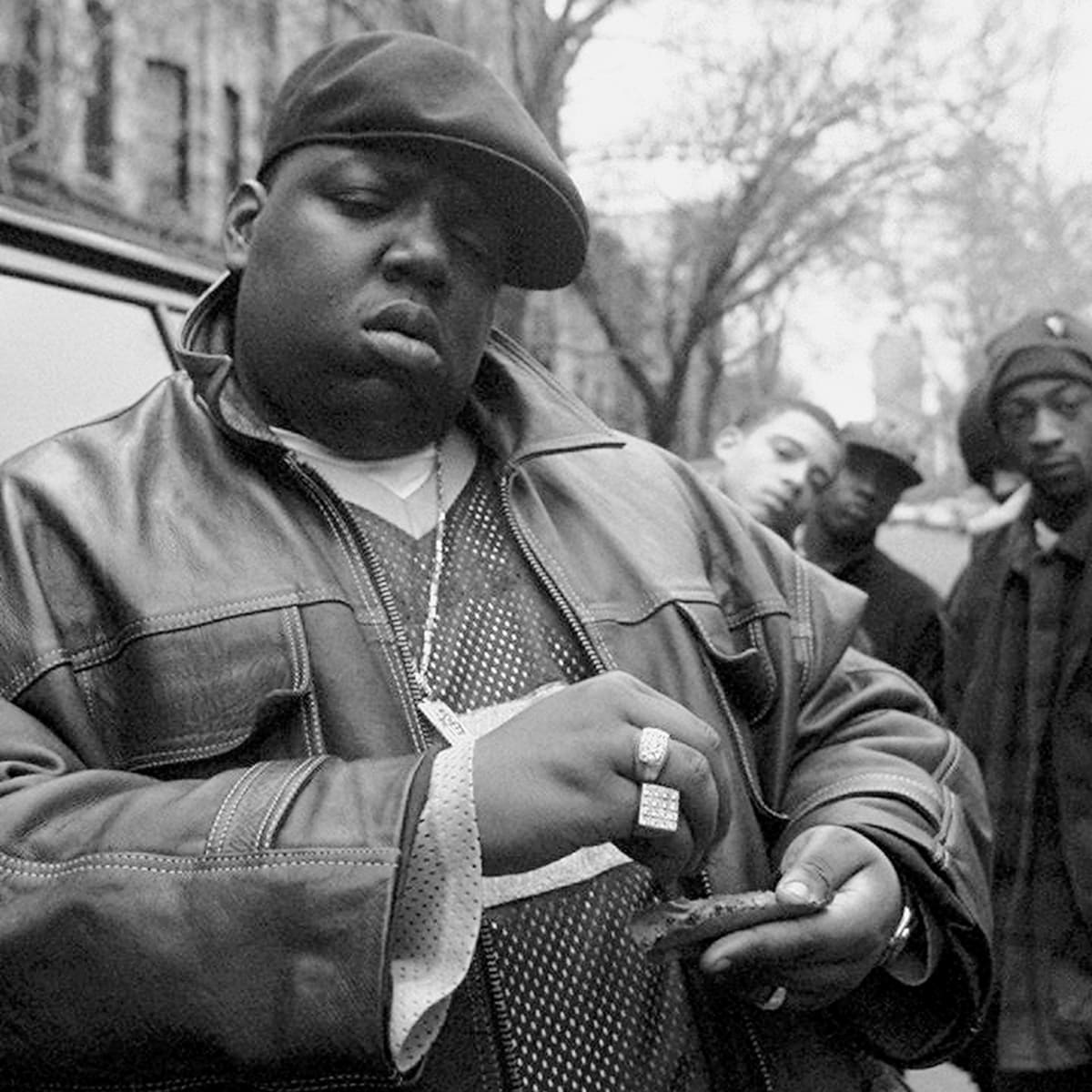 We adore celebrities and the pleasure they bring us by entertaining us. We watch their movies and TV shows and listen to their music religiously.

They’re our heroes of the modern world, who entertain or help make the news. Some of them are among the biggest celebrities in history. But no matter how famous they become, they will always remain human at heart and leave behind a legacy for generations to come. Their stardom gives them access to everything life has to offer, but that comes at a price. In this article, we are going to take a look at 10 famous musicians who were killed or murdered in their prime. The official cause of death was determined to be a lethal mix of cocaine and the prescription painkiller tramadol, according to an autopsy. On the day he died, witnesses said Ol’ Dirty Bastard had chest pains, and the overdose was ruled unintentional. 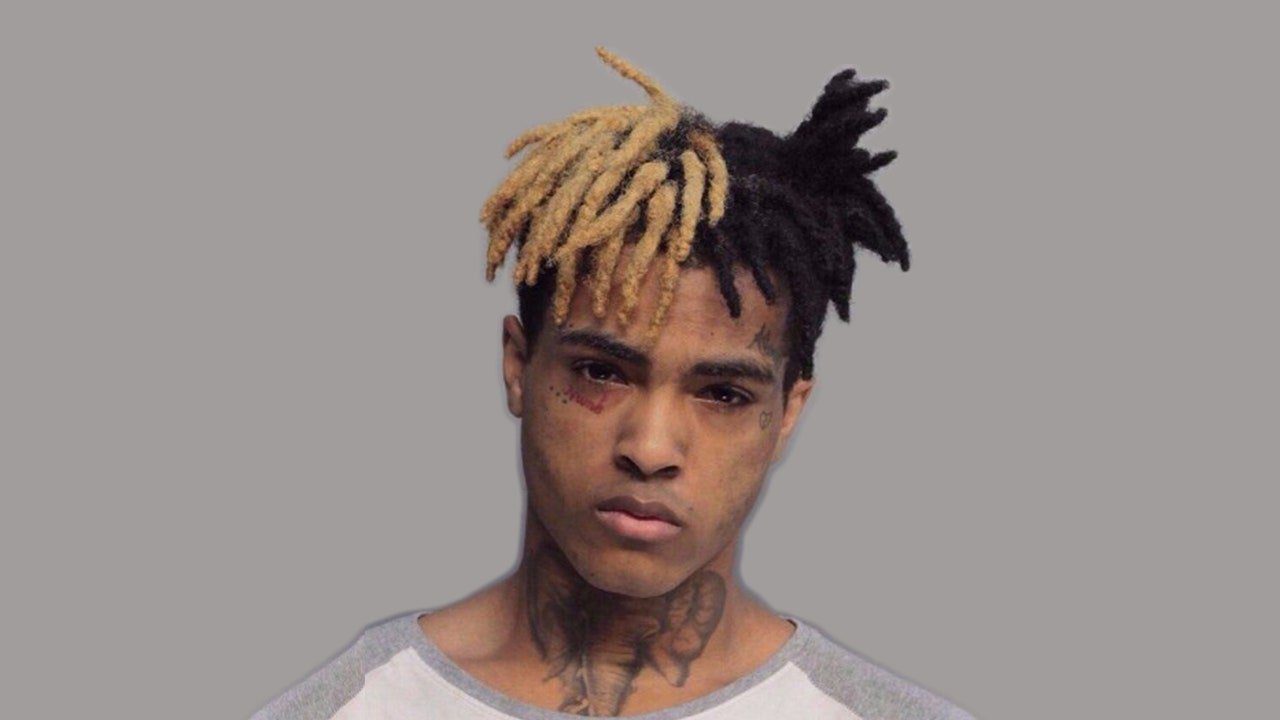 On the afternoon of June 18, 2018, Jahseh Dwayne Ricardo Onfroy, best known by his stage name XXXTentacion, was shot and killed outside RIVA Motorsports, a high-end motorcycle and watercraft dealership in Deerfield Beach, Florida. He was shot multiple times in the neck and was badly injured before he died around 5:30 p.m.

Two armed men approached him, seized his Louis Vuitton bag containing $ 50,000 in cash, and killed him. He was then taken to Broward Health North Hospital, where he was declared dead. The accused, Michael Boatwright, who fired the gun, Dedrick Devonshay, and a few others, were apprehended and arrested a few days after his death. A premeditated first-degree murder charge was filed against the perpetrators.

A significant number of admirers attended his funeral, which was organised and attended by a large number of fans. There was also a private funeral, with a number of well-known rappers in attendance. In Boca Raton, Florida, he was laid to rest in the gardens of Boca Raton Memorial Park. 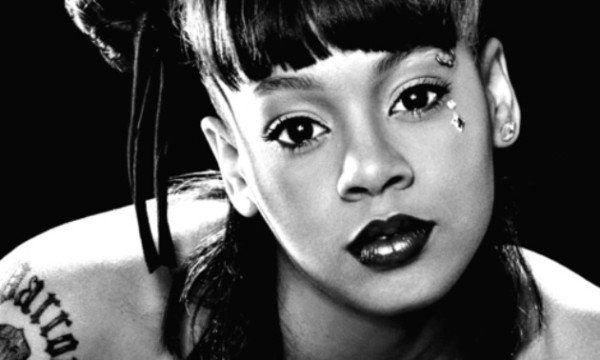 Lisa (Left Eye) Lopes, the fiery rapper and singer-songwriter who was a member of the multimillion-selling rhythm-and-blues group TLC, died in an automobile accident in Honduras on April 25th, 2002, according to her spokesman, Jay Marose.

The accident occurred in Roma, a popular Caribbean vacation spot. Mr. Marose claimed that Ms. Lopes, who lived in Atlanta and was 30 years old, had a condo in a Honduran village where African healing was practised. He added that Ms. Lopes had lost control of a rented Mitsubishi sport utility vehicle, he added. According to the authorities, it drove off the road and overturned several times. 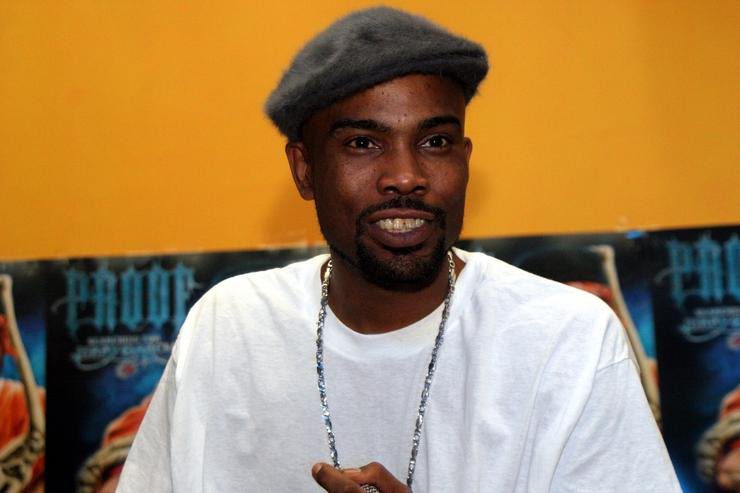 Proof, a D12 rapper and close friend of Eminem, was shot and killed inside the 3C nightclub on Detroit’s famed Eight Mile early Saturday morning. Proof, born Deshaun Holton, was declared dead at Conner Creek Medical Center just after 5 a.m. At the time, he was 32 years old.

DeShaun Dupree Holton, alias P, Big Proof, Proof, or Derty Harry, died on April 11th at the age of 32. He’d been playing pool with a few friends at the CCC club in Detroit that night, an after-hours haunt on a shady stretch of East 8 Mile Road, after a night of drinking. He got into an argument with Keith Bender Jr., a 35-year-old Desert Storm veteran, while playing pool. When a fight broke out, Mario Etheridge, the club’s bouncer and Bender’s cousin, was called to intervene. Both Bender and Proof were fatally shot within minutes of each other; Bender died eight days later from a bullet to the face (the same morning that Proof was shot).

On April 11th, 2006, after reports of gunshots and violence at the event, which had been open illegally beyond hours, police were called to the scene. A third man, a 35-year-old unidentified man, was also shot and is in critical condition.

Proof was a well-known MC in Detroit, and he knew fellow rapper Eminem before joining D12, Em’s rap group. This is how it worked when Eminem was facing gun charges in 2001: Proof was always in the courtroom. Later, when he wrote about the experience in his best-selling book “8 Mile,” Proof was there, too. 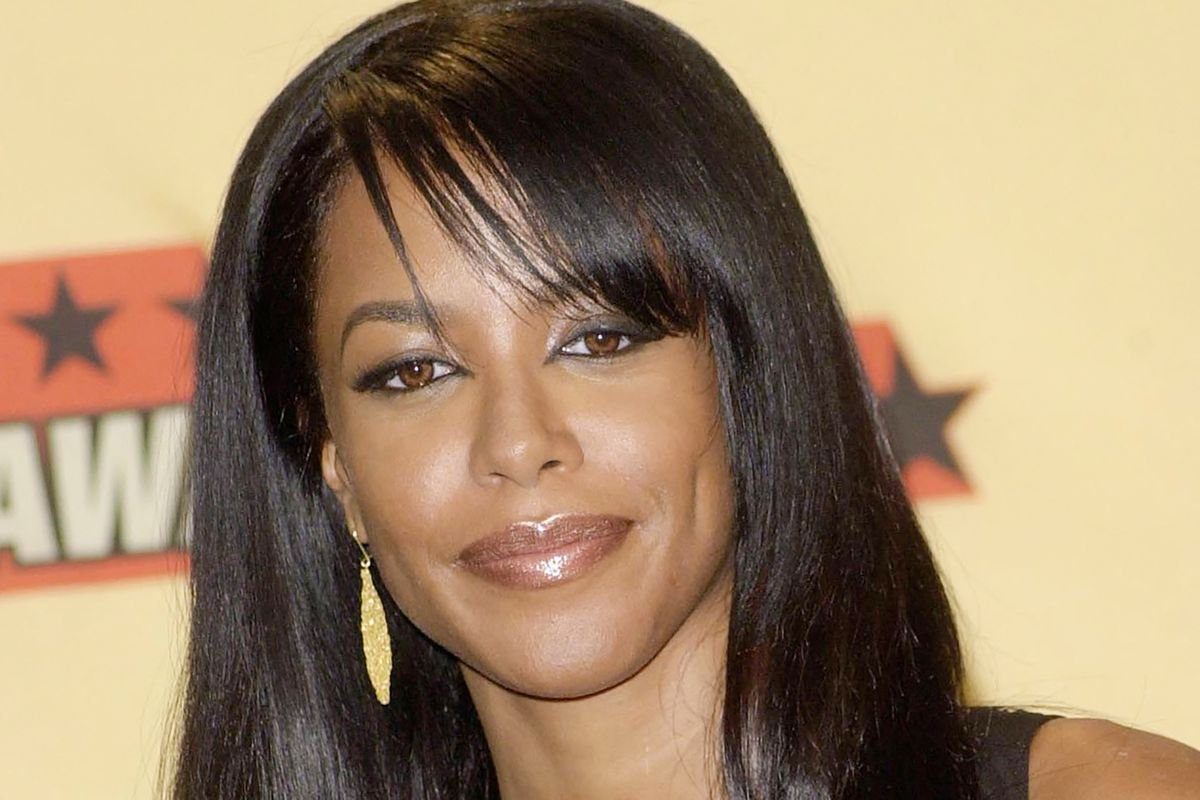 A little Cessna plane carrying R & B megastar Aaliyah took off on August 25th, 2001. It caught fire immediately after departure from the Bahamas’ Abaco Islands, killing everyone on board.

The R&B artist died tragically 20 years ago on August 25, 2001, when a plane heading for Miami crashed less than a minute after take-off from the Bahamas, killing her and eight other passengers. The world has never seen someone so young and gifted pass away so young, yet her legacy lives on via music, as we honour her every year with our favourite songs.

A little twin-engine plane was discovered to be several hundred pounds over its maximum weight limit.

The pilot of the doomed flight had alcohol and cochineal drugs in his body, even though he wasn’t qualified to fly that plane. Nipsey Hussle, or Ermias Asghedom, as he is now called, grew up in the same Los Angeles neighbourhood as the most prominent gangs in Compton. Despite being a member of a well-known band, the Rollin ’60s, he not only became a great entrepreneur and rapper, but he also impacted his community significantly both before and after his death.

Nipsey Hussle’s killer has been named as Eric Holder, a member of the same gang as Nipsey Hussle.

He shot and killed Hussle on March 31, 2019, after Nipsey told Holder that he was becoming known for “snitching,” police say.

He was apprehended two days after the incident and charged with murder, attempted murder, and weapons possession. According to a Los Angeles County court, he will face a jury on January 5, 2022. 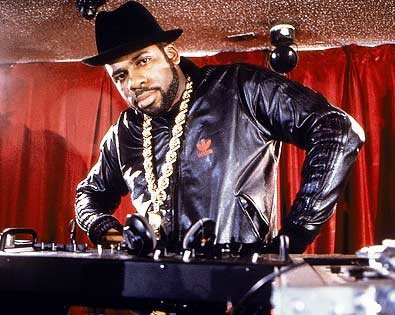 In the nearly 19-year-old murder case of Jason Mizell, better known as Jam Master Jay of Run-DMC, two individuals have been accused. In 2002, a masked gunman opened fire at the late DJ’s music studio in Queens, New York.

Mizell was killed by associates in a “drug-related homicide” on Monday, according to prosecutors. His influential group, which he co-founded with Joseph “Run” Simmons and Darryl “DMC” McDaniel, collapsed after his death. It’s Tricky and Aerosmith’s Walk This Way are two of their most well-known tracks.

According to the US Attorney’s Office for the Eastern District of New York, Mizell was allegedly murdered by Ronald Washington, 56, and Karl Jordan, 36, who were upset that they had been left out of a cocaine deal.

While engaged in narcotics trafficking, they’ve both been charged with murder and other serious offences. Both of them pleaded not guilty.

Officials said in a news conference on Monday that Mizell bought around 10kg of cocaine in the months running up to his murder and threatened to cut the suspects out of the profits. A murder plot is said to have been planned as a result of the quarrel.

On October 30, 2002, Mizell was shot and killed while playing video games in his studio in Hollis, Queens, where he grew up and later mentored other aspiring rappers.

“They marched in and murdered him in cold blood,” prosecutor Seth DuCharme said, adding that one of the guys hugged Mizell before opening fire. 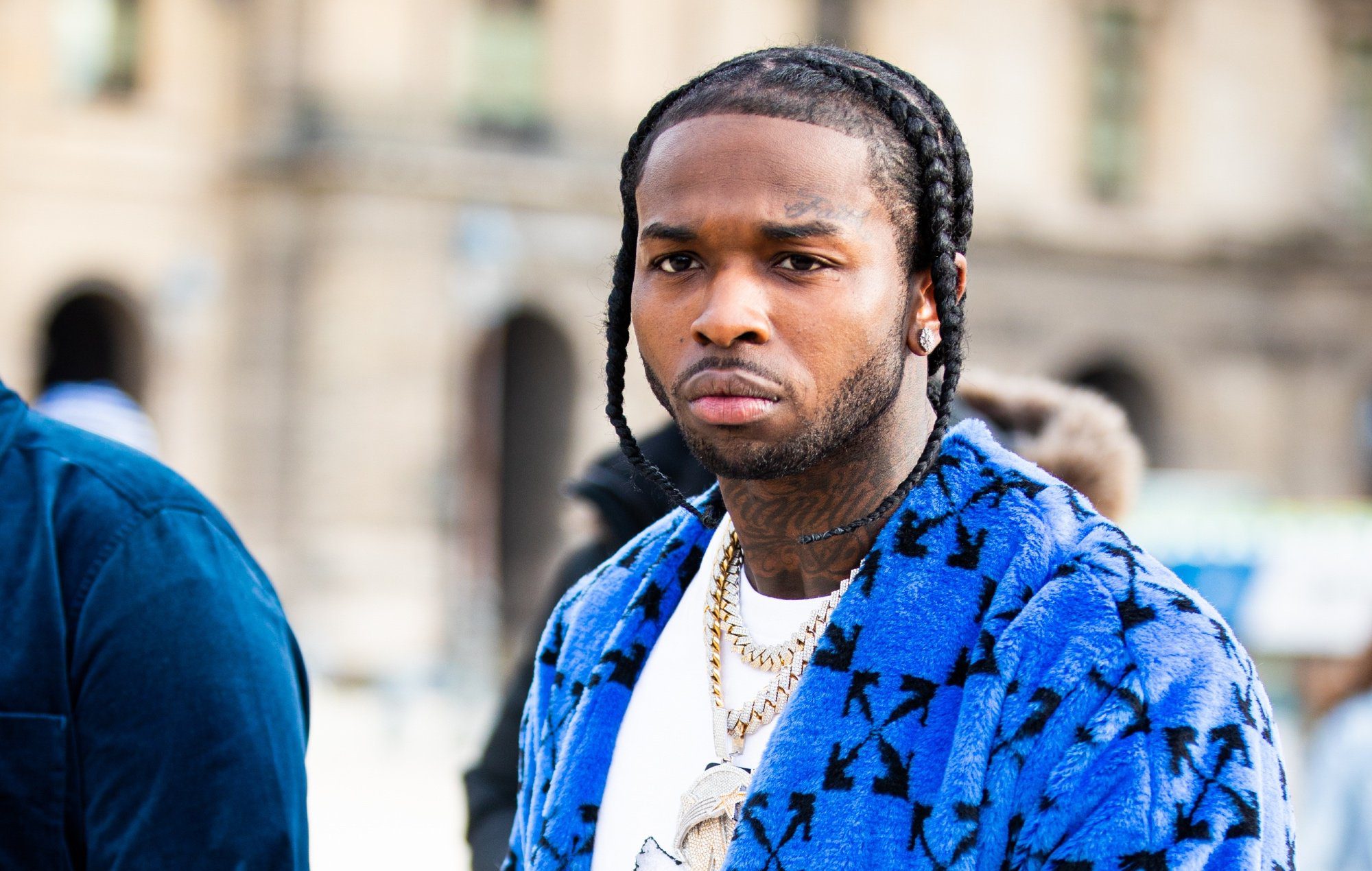 Bashar Barakah Jackson, better known by his stage name Pop Smoke, was a budding rap star who identified his unique sound as “Brooklyn drill.” Jackson was killed in a home invasion just 12 days after his early 2020 mixtape “Meet the Woo 2” came out at No. 7 on the Billboard 200. Teddi Mellencamp Arroyave, the daughter of singer John Mellencamp and a cast member of the “Real Housewives of Beverly Hills,” rented the house from Jackson.

Just 10 minutes after the front doors were dead bolted shut, CCTV footage showed at least four masked men in hoods breaking into the property. They may not have set off the house alarm, which made it easier for the burglars to get in.

The fact that Pop Smoke had released the home’s address earlier in the day could have been a factor in the shooting. He was holding up gift bags, one of which had the property’s address written on it. On Tuesday, his mix tape arrived at #7 on the Billboard 200 chart, explaining why he received gift bags.

Pop was taken by ambulance to Cedars-Sinai Medical Center in West Hollywood, where he was pronounced dead.

As far as we know, the suspects have not been apprehended or identified. Pop Smoke may or may not have been aware of the shooters.

Christopher Wallace, also known as “The Notorious B.I.G.,” was a well-known east coast rapper and gangster rap king.He was shot and killed on March 9, 1997.

He was assassinated in the early hours of March 9, 1997. When it happened, he had just left a Vibe magazine party at the Peterson Automotive Museum in Los Angeles. An automobile approached Biggie’s SUV, which was stopped at a red light with a bodyguard and Lil’ Cease inside, and a shooter opened fire. Biggie’s security took him to the hospital, but it was too late.

The assassination of Biggie Smalls, like that of Tupac, has never been solved. Biggie, like Tupac, would follow up his death with a posthumous double album, this time barely a fortnight later. On March 25, 1997, Bad Boy released his postmortem album, Life After Death. Tupac Shakur, a rap and hip-hop musician who was perhaps one of the most prominent performers in contemporary history with Death Row Records, was shot several times by unknown assailants while passing through Las Vegas on September 13th, 1996, at the age of 25.

Tupac was shot and critically injured during a robbery in the foyer of a Manhattan office building that housed a recording studio where he worked on his third album, Me Against The World, on November 30th, 1994. (1995). Shakur blamed the shooting on producer Sean “Puff Daddy” Combs and rival rapper Christopher Wallace—a.k.a. “The Notorious B.I.G.”—for reasons described in a 2002 documentary by Nick Broomfield titled “Biggie and Tupac.” This charge sparked an East Coast vs. West Coast rivalry that is still being discussed today.

On the day of the Mike Tyson-Bruce Seldon boxing match in Las Vegas on September 7, 1996, Shakur and others in his entourage were caught on tape in the MGM Grand hotel’s foyer engaging in a violent altercation with a man later identified as a member of the infamous Los Angeles-based Crips gang. Shakur was a passenger in a car driven by Marian “Suge” Knight of Death Row Records when a white Cadillac pulled up alongside them at a stoplight on Flamingo Road and started shooting.

At least 12 rounds were fired, four of which struck Assata Shakur and one of which grazed Suge Knight in the head. Emergency surgery at University Medical Center saved Shakur’s life that night, and doctors indicated his chances of recovery had improved in the days thereafter. Tupac Shakur died on September 13, 1996, from his wounds.

micstagesuk Magazine   Jul 5, 2022   News, politics, UK
Summary A disagreement over how to handle allegations of misbehaviour against the former Deputy Chief…
Read More

micstagesuk Magazine   May 4, 2022   News
Award-winning comedian Dave Chappelle was attacked live during the Netflix is a Joke Fest in…
Read More

micstagesuk Magazine   Apr 6, 2022   Asia, News, South America, Travel
We all need to escape from time to time, and there’s nothing wrong with that….
Read More

WHAT ARE UKRAINES MAJOR NATURAL RESOURCES?